27th November 2020
Contents show
1 Getting Married At the Bichl Alm in Winter
2 Skiing Wedding At The Bichl Alm
3 Wedding Reception in the Bichl Alm
4 Vendor Credits
5 Lucy & Tom’s Bichl Alm Wedding – The Photos:
6 Other winter weddings you might enjoy

Lucy & Tom’s wedding at the Bichl Alm in Kitzbuhel last March was the wedding that almost didn’t happen. If it has been planned just one week later, it wouldn’t have.

For Lucy and Tom, the weeks running up to their wedding started off like any couple planning a destination wedding. Flights & hotels were booked, the wedding day schedule was finalized. But news of the increasing Covid-19 numbers around Europe started to throw a spanner in the works. With the wedding just a few days away, Lucy & Tom headed out to Kitzbuhel. And while many of their friends and family were able to get there, some guests were unable to travel to Austria.

On the morning of the wedding, it was like any other wedding day. Some of the wedding party had slept up at the Bichl Alm the night before, so the place was buzzing with activity. In one area Lucy and the bridesmaids were having their hair and makeup done, while the boys chilled out on the terrace with some beers. Meanwhile upstairs everything was being prepared for their outdoor ceremony on the terrace and reception in the main restaurant of the Bichl Alm.

Getting Married At the Bichl Alm in Winter

The Bichl Alm is a wonderful location just outside of the main Kitzbuhel ski area. With its own private chair lift, you can celebrate your wedding day without being in the middle of a busy ski resort.

Lucy & Tom chose to have their ceremony outside on the terrace, with the incredible views of the Kitzbuhel Alps in the background. Their ceremony was conducted by Elizabeth from Hochzeitsredner Tirol.

After the ceremony, everyone headed inside to warm up, while Lucy & Tom geared up for a trip to the top of the mountain.

Skiing Wedding At The Bichl Alm

Because of a lack of snow on the lower slopes, we were unable to ski down to the chair lift station. But determined to have a skiing session on their wedding day, so they were shuttled up to the top of the mountain by ski-doo for a few laps of the top pistes above the hut.

Lucy’s wedding present from Tom was a brand new pair of custom-designed Atomic skis with the GPS coordinates of their wedding venue. Whilst this was an awesome wedding gift, it was also the first time Lucy had skied on them. Add to that the fact she was in a wedding dress, and that she hadn’t actually stood on skis at all during their trip, she was a little apprehensive about taking her first turns in less-than-ideal snow conditions. But after a few meters, she had her ski legs back and was cruising down.

The top section of the mountain above the Bichl Alm is fairly open and exposed, and on the day of the wedding the wind was cold and strong. So after a few runs, they headed back down to the hut to greet and audience waiting their arrival.

Wedding Reception in the Bichl Alm

Lucy & Tom’s evening wedding reception was also help in the Bichl Alm. Their dinner was an Austrian-inspired menu of local dishes. And for dessert, an incredible vintage ski inspired cake caked by a very talented family member.

The celebrations continued in a separate room after dinner with an apres-ski style party with music, dancing and drinking.

At the end of the night, guests were transported back down the mountain by ski-doo. An adventurous end to an adventurous wedding, as the ski-doo and trailer navigated the narrow mountain trail in the dark, bringing the guests back to the valley where their taxis awaited.

The morning after the wedding everyone got the news that lockdown was about to begin. That meant no honeymoon for Lucy and Tom. Instead, they had to pack up early and leave Kitzbuhel, and Austria, and get on the first flight back to the UK. Whilst it wasn’t the morning after that they were expecting, still, they had done it. They had pulled off their dream wedding in Austria on the eve of lockdown. And it was epic. No doubt about it.

A photo from Lucy & Tom’s wedding placed 4th in the 2020 International Wedding Photographer of the Year Awards.
It was also was featured in 100 Layer Cake.

An After Wedding Shoot In Lech – Hilary & Spencer 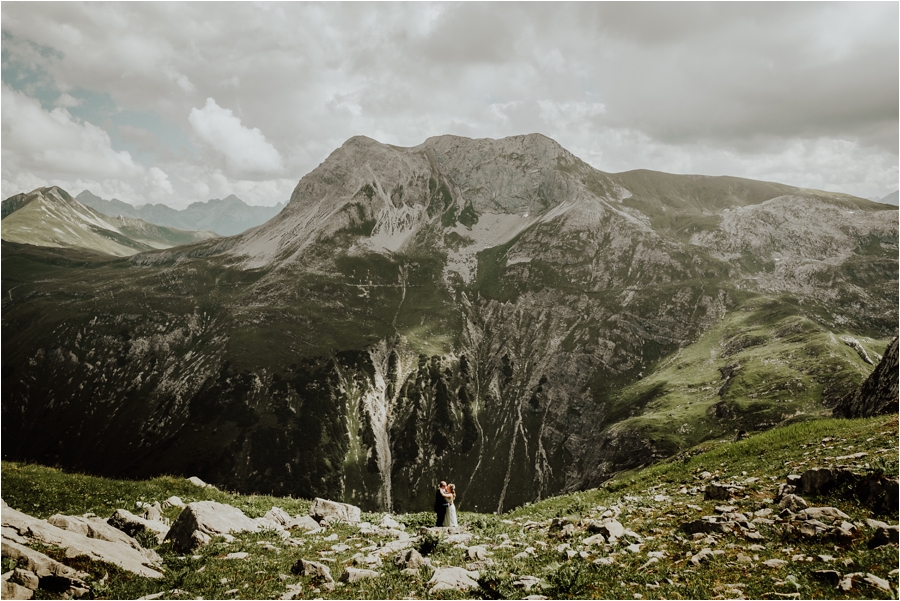 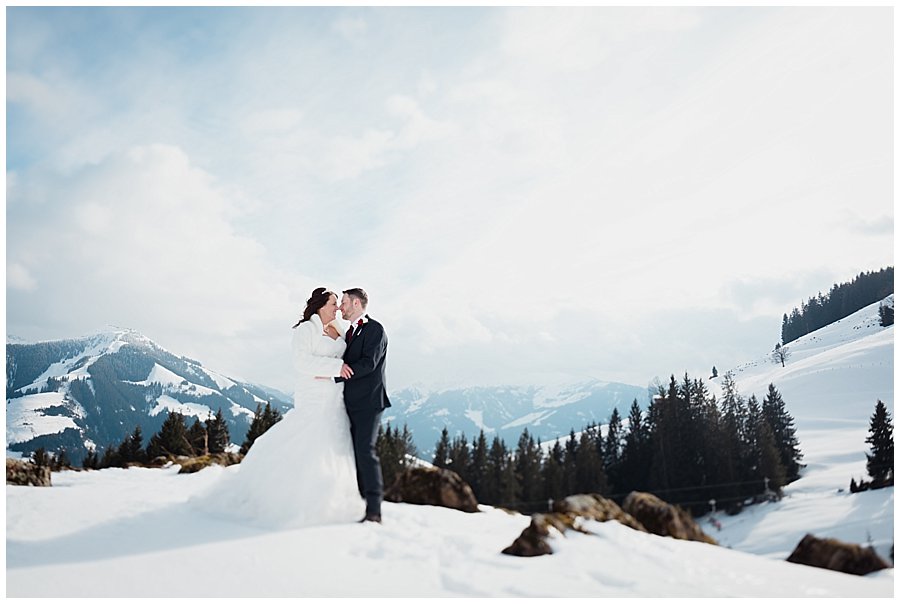 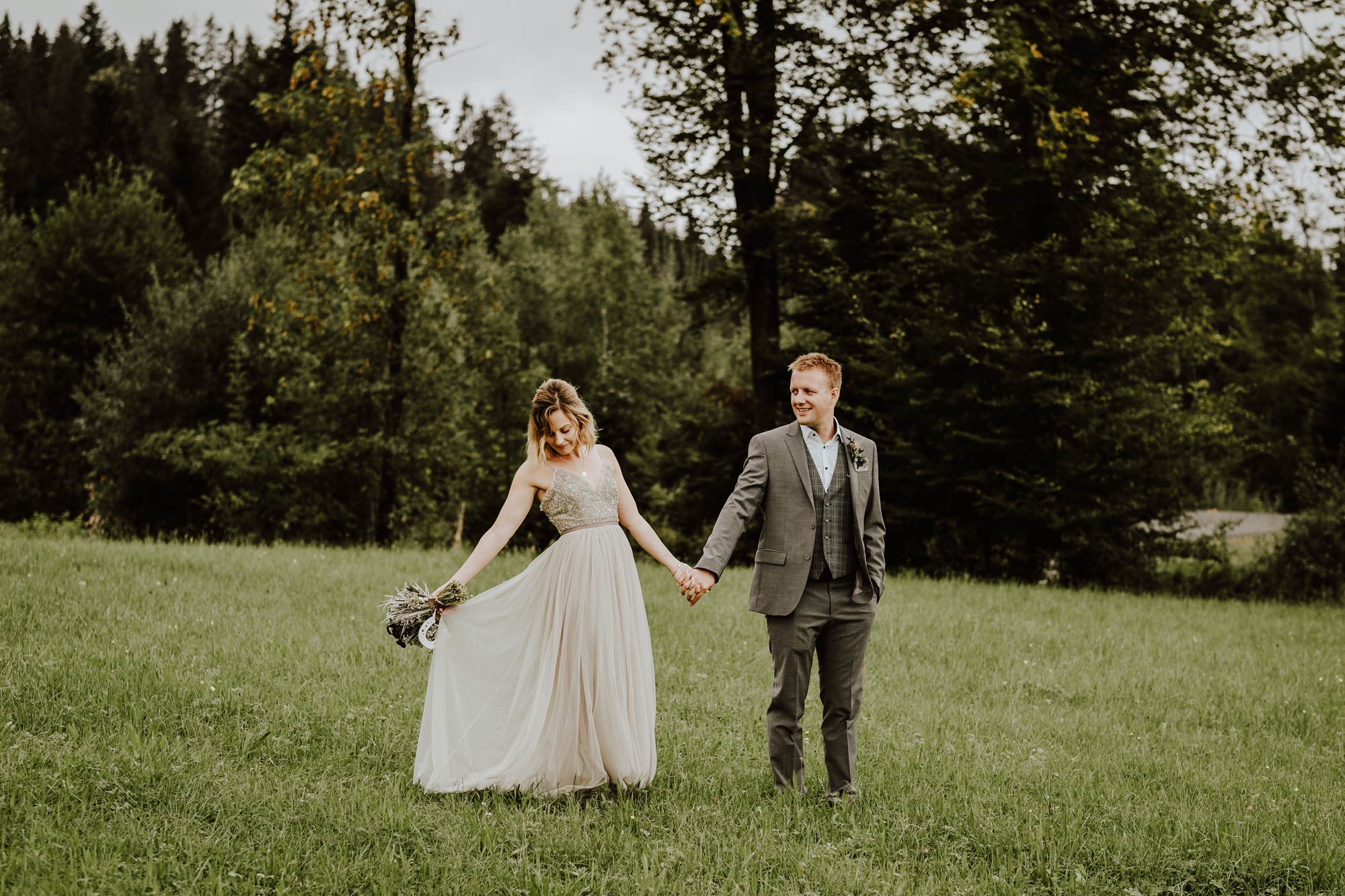