When they got engaged, Elizabeth knew that she didn’t want a traditional wedding day. She wanted an adventure of a lifetime. Her first thought was a wedding in the mountains of Austria, somewhere she had many happy memories of visiting with her family. But during a trip to Ireland, Elizabeth & Matt took a coach tour that passed through Doolin and they both fell in love with this quaint Irish village in County Clare with its stunning countryside and friendly atmosphere. And just like that their mind was set.

Since their anniversary fell on St Patrick’s day, and knowing that they wanted their closest friends and family with them as their witnesses, the chose the 20th March for their Cliffs of Moher elopement. Coinciding perfectly with spring break holidays in the USA, they arrived in Ireland a couple of days before the wedding, just in time to celebrate St Paddy’s day in Galway, one of Matt’s favourite towns in Ireland.

Elizabeth grew up riding horses, so when she discovered the riding stables nearby, she knew that was how she wanted to spend the day before her wedding. As I also grew up with horses, I was lucky enough to be invited along for the adventure. And even though the fog didn’t shift the whole morning, riding through the Irish countryside was just wonderful. I did try to take some pictures of Elizabeth on her beautiful Irish Cob but as we found out, the horses from the stables had their fixed order in which they stood when out riding, and they were adamant that nobody would break that order!

After returning from riding (and a small issue with a flat tyre), Elizabeth, Matt and I drove over to scope out a location for their elopement ceremony for the next day. With thick fog surrounding the cliffs, we didn’t get to see much of a view. All we say were the shadows of the cliffs encompassed in mist. But it was still beautiful. We explored up and down the path along the edge of the cliffs, and picked the perfect spot for their ceremony.

With everything for the next day planned, we headed back to Doolin and did the only thing you can do when in Ireland in the evenings – we went to the pub!

A Cliffs Of Moher Elopement

We knew from the forecast that the morning would be cloudy and raining. But the forecast promised some chances of it clearing up later in the afternoon. With the ceremony planned for around 4pm, we were all hopefully that the weather would be on our side. While the girls got ready in one apartment in Doolin Lodge, the boys were banished to a separate building across the way. And while Matt was starting to get concerned that the weather wasn’t improving, Elizabeth was completely laid back, and simply said “whatever will be, will be. And Ireland in bad weather is still beautiful”. And she wasn’t wrong!

As the afternoon went on, the rain and wind started to ease a little, but it didn’t show any signs of clearing up. Determined to go ahead with plan A anyway, Elizabeth asked Matt to meet her outside for their first look. So with only the sheep as their witnesses (and me), Elizabeth and Matt had an emotional first look up on the hillside behind the lodge.

Now there was only one thing left to do. Get married!

We all jumped in our cars and headed to the car park closest to the point we had scouted yesterday and started the walk to the cliffs. As the wind got stronger and the fog thickened, everyone wondered if we would turn back. But since they had come this far for their Cliffs of Moher elopement, and nothing was going to change Elizabeth & Matt’s minds now. So we all gathered on the cliffs to bear witness.

Elizabeth’s brother Alex prepared a beautifully personal ceremony. He told everyone the story of Elizabeth & Matt, followed by a traditional Celtic hand-fasting ritual with a cord Elizabeth made herself. And just as they began to exchange their vows, the clouds parted and the fog lifted just for a brief moment, allowing everyone to finally get a glimpse of the majestic Cliffs of Moher.

As quickly as the fog lifted, it came back in again, so we headed back in to Doolin, walking through the village before heading to the pub for a well-earned hot toddy to warm up. The rest of the evening was spent warming up by the fire, eating amazing Irish food, drinking Guiness and listening to traditional Irish folk music. The perfect end to a perfect day.

Love the idea of eloping or having an adventure wedding? 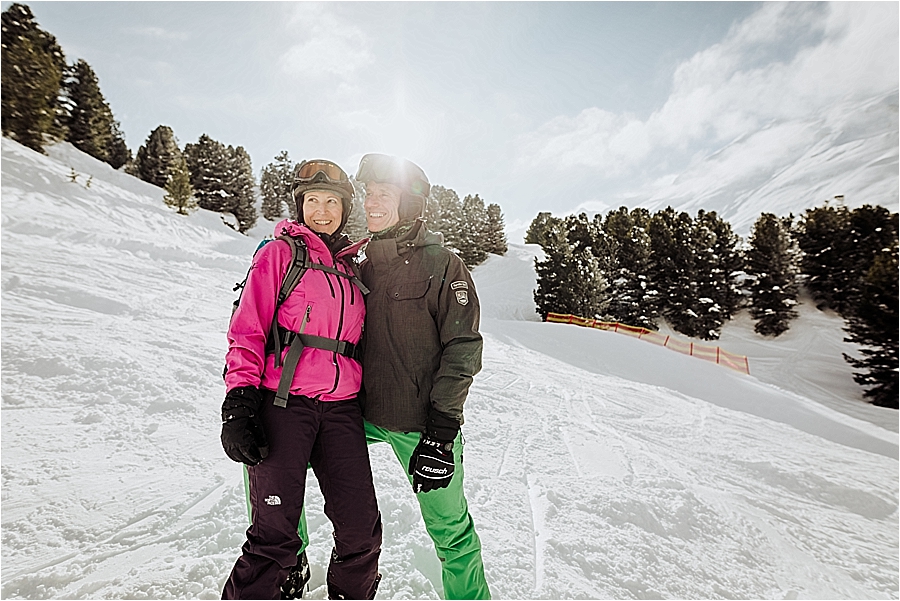 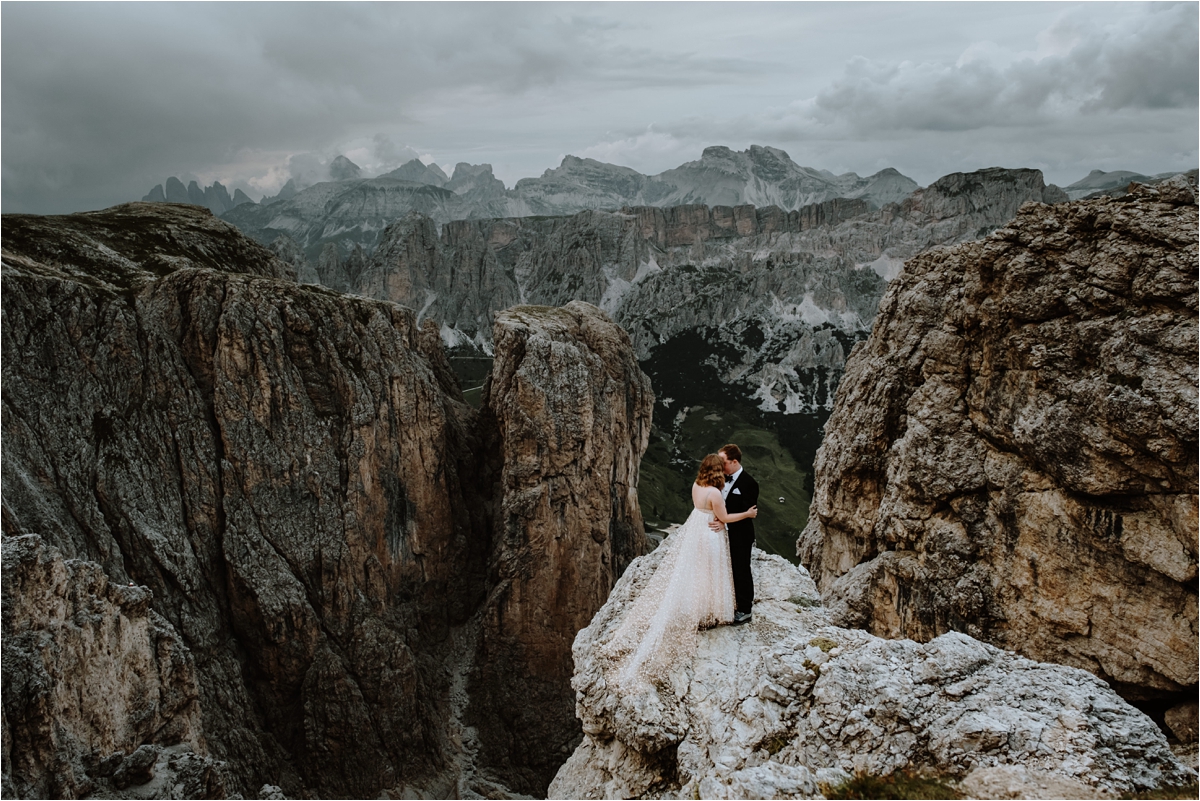 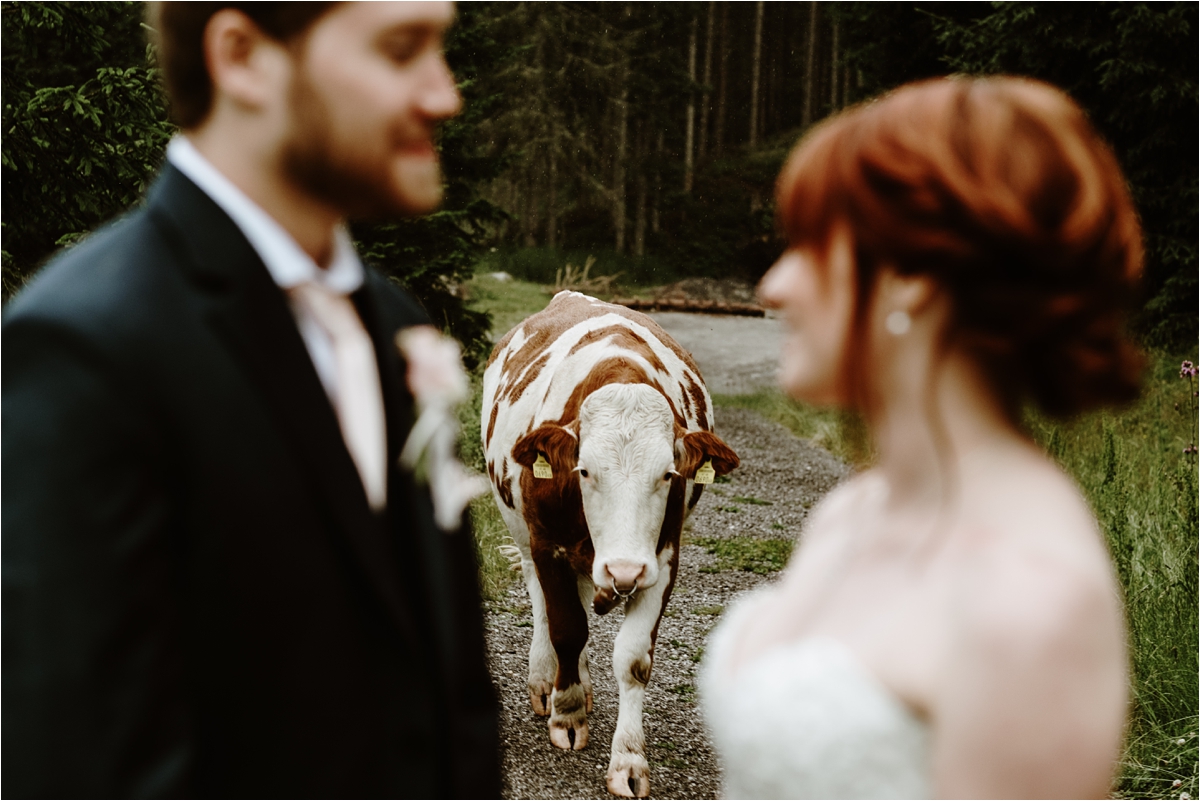 ABSOLUTELY STUNNIG! wow, what a dream! Beautifully captured. The Cliffs Moher is definitely in my bucket list.

ABSOLUTELY STUNNIG! wow, what a dream! Beautifully captured. The Cliffs Moher is definitely on my bucket list.

Love the mood of this, it’s bringing back all my memories from when I went to Ireland. So cute and quaint, and that looks like the coziest reception I’ve ever seen.

Oh man I love everything about this Cliffs of Moher wedding. Your storytelling is amazing and I feel like I got a full picture of their gorgeous day was captured beautifully.

Oh my gosh these are STUNNING! Also, I think you do such an incredible job documenting all the details of the day. I felt as though I could piece together the day just by the photos. Well done my friend!

The Cliffs of Moher look like such a dream. And it looks like they had a true Irish wedding with lots of great beer!

This is such beautiful storytelling! What a magical place (that insane weather is gooorgeous!) and sweet couple. You captured it all perfectly!