You might have heard photography being described as painting with light. And in a purely scientific way, that’s exactly what it is. The recording of light to create an image. So I thought I would take the opportunity today to explain how light affects your wedding photography and to try to dispel some of the myths surrounding it.

A camera uses light to record an image, either on analogue film or on a digital sensor. But depending on the type of light within a scene, images produced from the same camera can look dramatically different from one another. And while everybody reading this knows what light is, today I want to give you a small insight in to light as photographers see it and how each type of light can give pictures a very different look, so that you can plan your wedding day schedule to help you make the most of the light.

Since most of my weddings take place outdoors, I’m going to start with the most powerful light source there is, the sun, and look at how a photographer like myself (who uses primarily natural light*) works with it on a wedding day.

Most people assume that blue skies are perfect for photography, but most photographers actually dislike them a lot! Blue skies do mean clear views but also usually mean bright sunlight, which can he hot and harsh. Bright sunlight has a tendency to make people squint and sweat, and during the daytime when the sun is at its highest, it can cause unflattering shadows or hotspots on the skin where it is reflected. Images taken in bright sunlight can look nice if your photographer knows how to work with the sun, but they will often be quite harsh and with high contrast between the light and dark tones. Cloudy skies and overcast days are actually my preferred weather. Even cloud cover means light is diffused and is much softer. It might not be as dramatic, but it falls much more evenly across the scene reducing the likelihood of dark shadows or bright hot spots on the skin. Below are two images taken from winter weddings, the first in bright sun and the second on an overcast day. 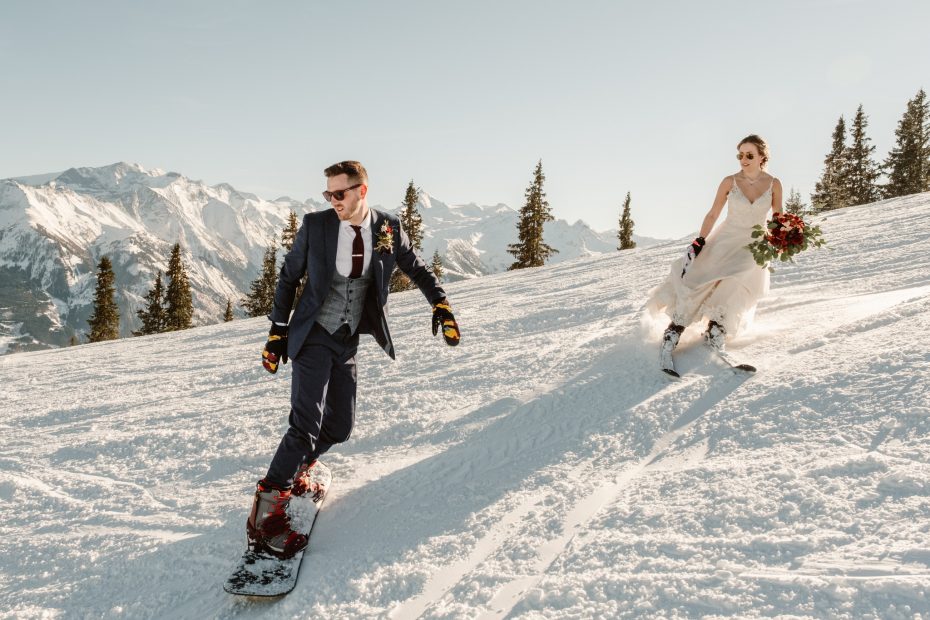 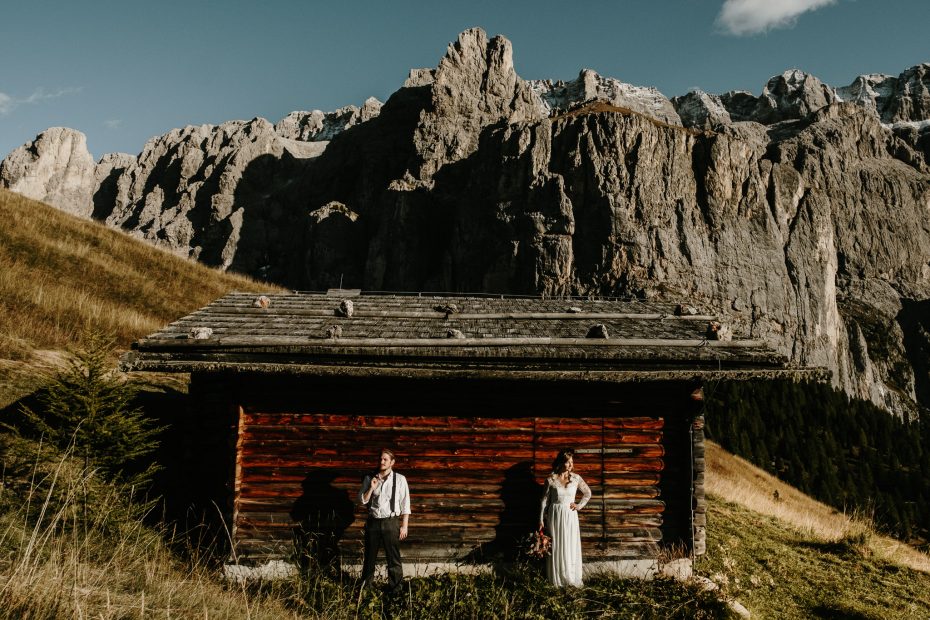 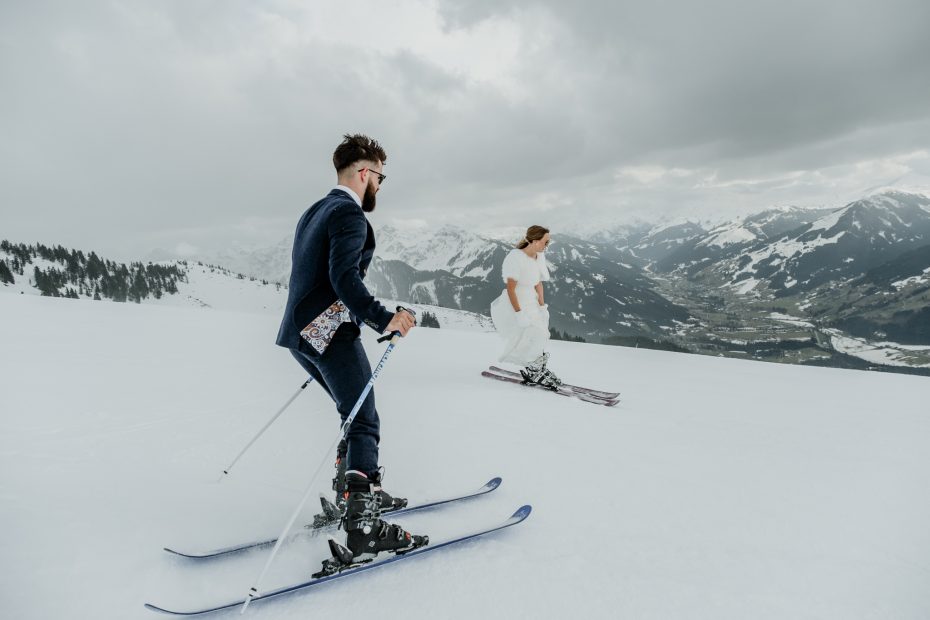 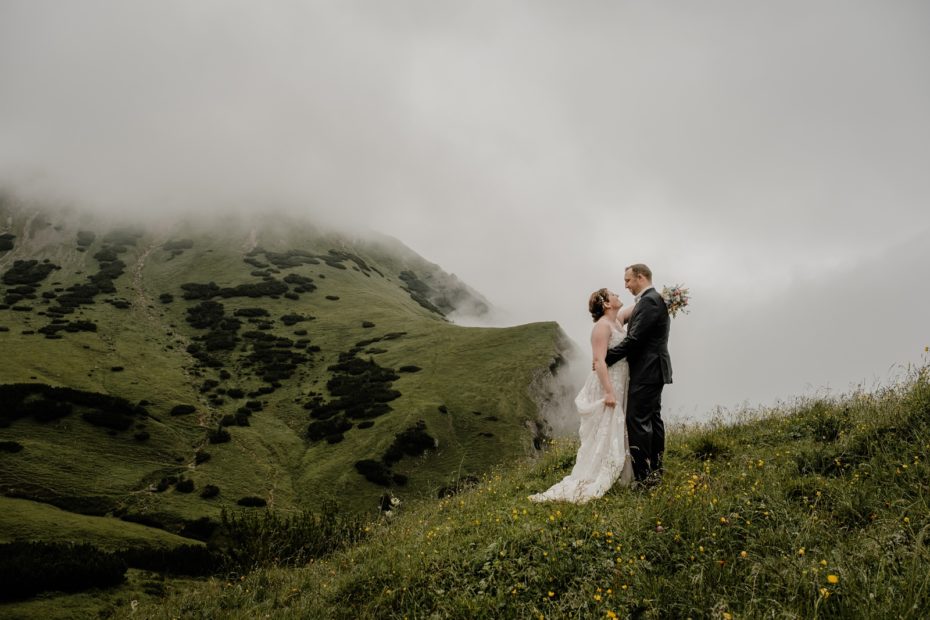 Photographers often bang on about golden hour for very good reason. Golden hour (which is just after sunrise or just before sunset) casts a beautiful golden glow and can add some real special sauce to an image. Below are some images taken at the same location. The top row were taken during the harsh afternoon sun and the bottom row during golden hour. Notice that even though the golden hour sun is bright and harsh, it doesn’t create the same dark shadows and bright spots on the skin. 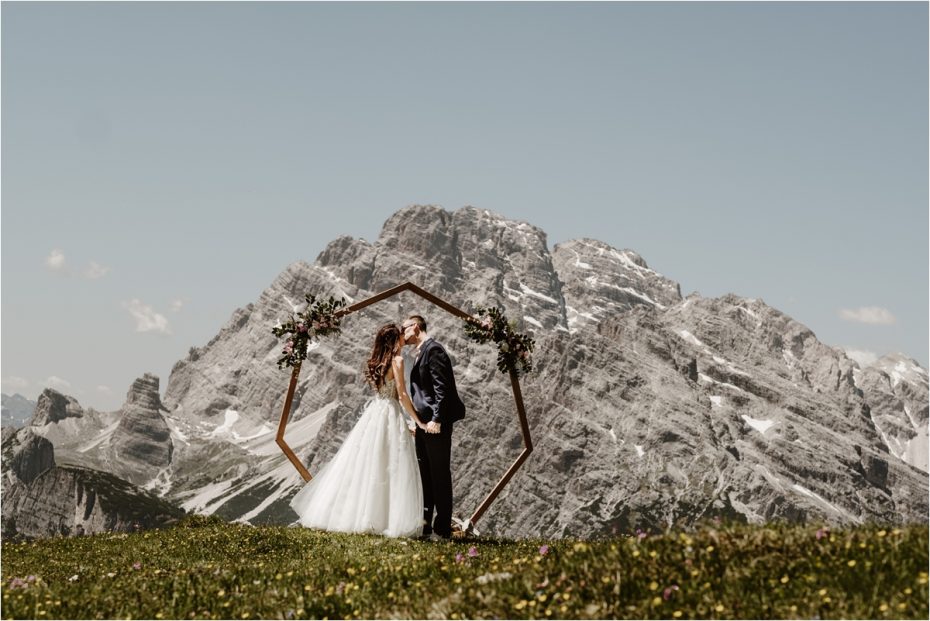 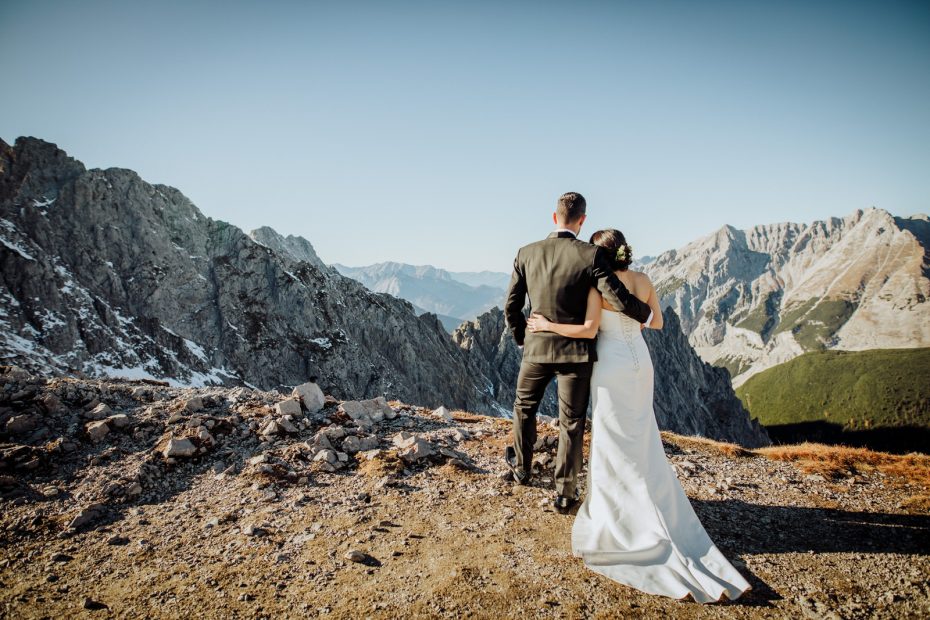 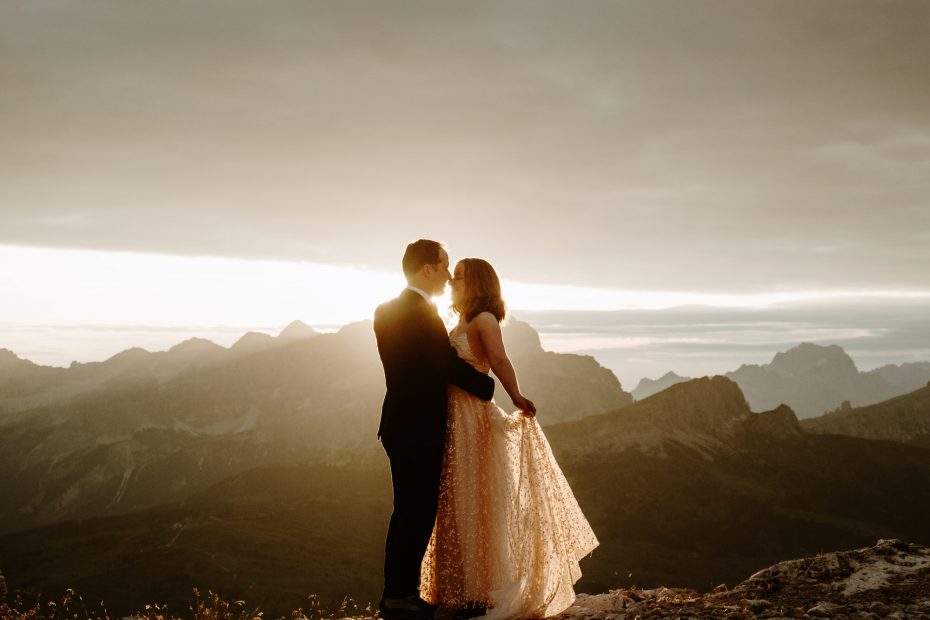 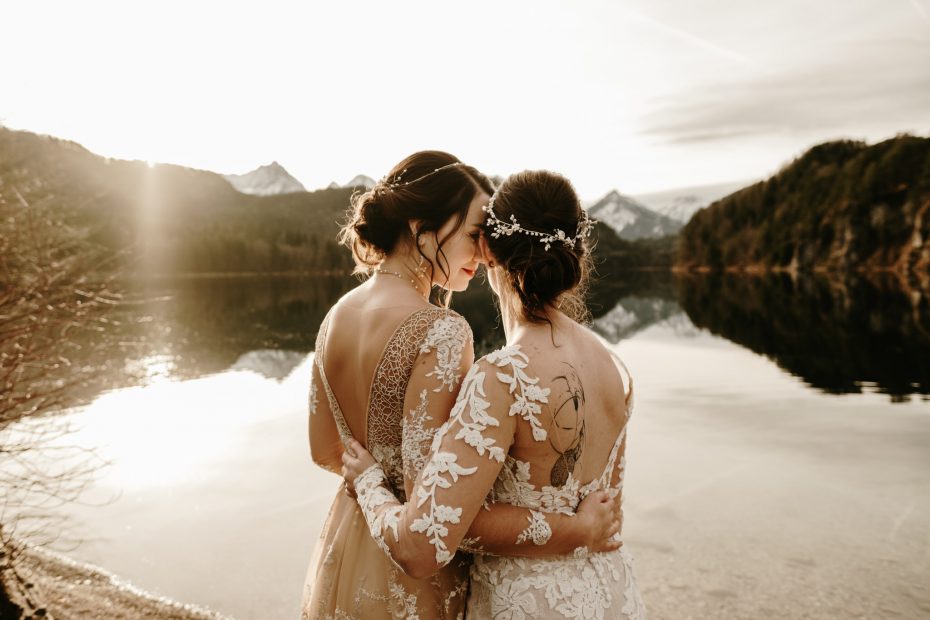 I often talk about planning your ceremony around the light. Not just in terms of the timings but also the location of your ceremony setting and where the sun will be in relation to it. Outdoor ceremonies can look very different depending on both the position of the sun and if there is a mix of areas that are in the shade vs in the full sun.

Below you can see two examples of outdoor ceremonies, that both took place at 4pm at the end of June in the Austrian Alps. On both occasions there were patchy clouds with intermittent periods of bright sun. In the first example on the top row, the ceremony took place in a completely open space with no shade and you can see that the whole ceremony is evenly lit. However, had the sun been brighter for this wedding, it may have caused the bride and groom to squint through their ceremony, and there would have been no escaping that. The second row shows a ceremony where the couple and their witnesses are under the shade of a tree, and the rest of the guests are in the sunlight. This means that the photographer needs to find a balance between the lightest and the darkest areas, and choose which to prioritise. Sometimes this means that the couple in the shade will be lit correctly, but the background will be very bright, or the people in the sun will be lit correctly but the people in the shade will be darker.

I hope that you’ve found this first instalment of “How Light Affects Your Wedding Photography” informative and it’s given you a bit of an insight in to how different types of light can produce different looking pictures. I hope you’ll stop by again this time next week when we’ll look at the light indoors and how both natural and artificial light can influence the look of an image.

Want to see some examples of outdoor ceremonies? 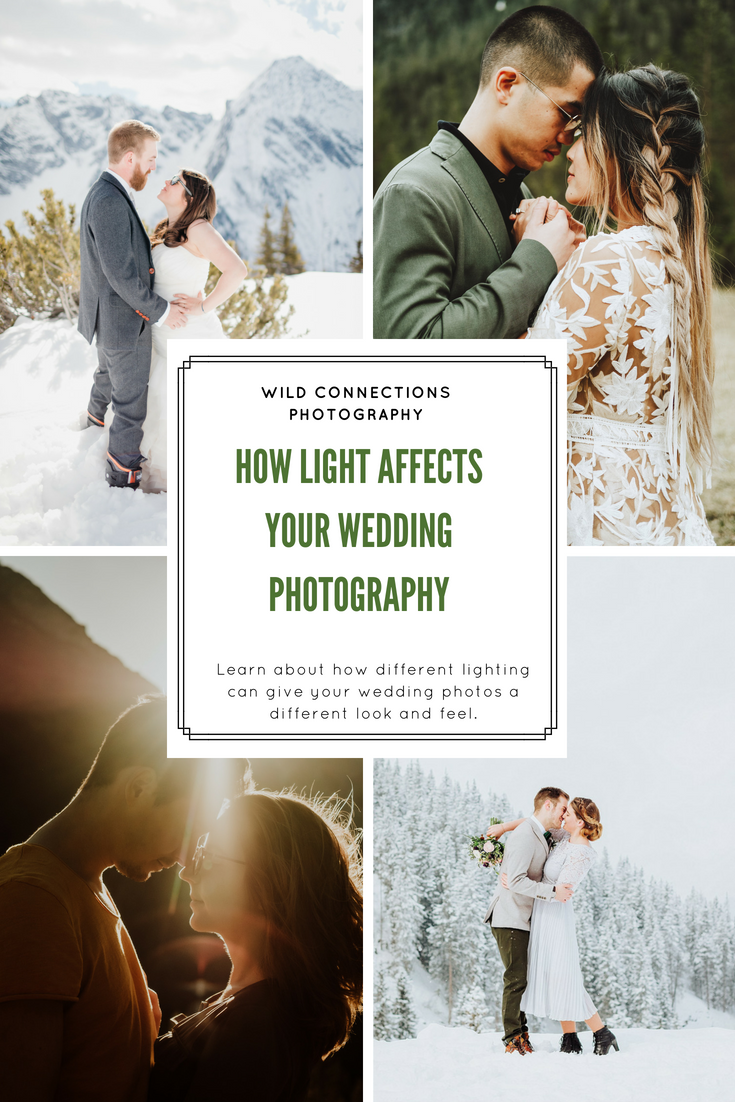 * Natural light photographers (sometimes called available light photographers) work primarily with the natural light that is available at a given time. This is my chosen way of working as I like working in a simple and unobtrusive manner, and for me carrying around and setting up lighting equipment means I am less able to blend in and capture those natural moments – and because I like to hike to remote locations and I need to travel light. There are photographers who shoot outdoors with flash, artificial lighting and using light modifiers to have greater control over the light within a scene, and the results they produce will have a different look to photography using only available light. Neither one is better than the other, and is simply a matter of personal preference. 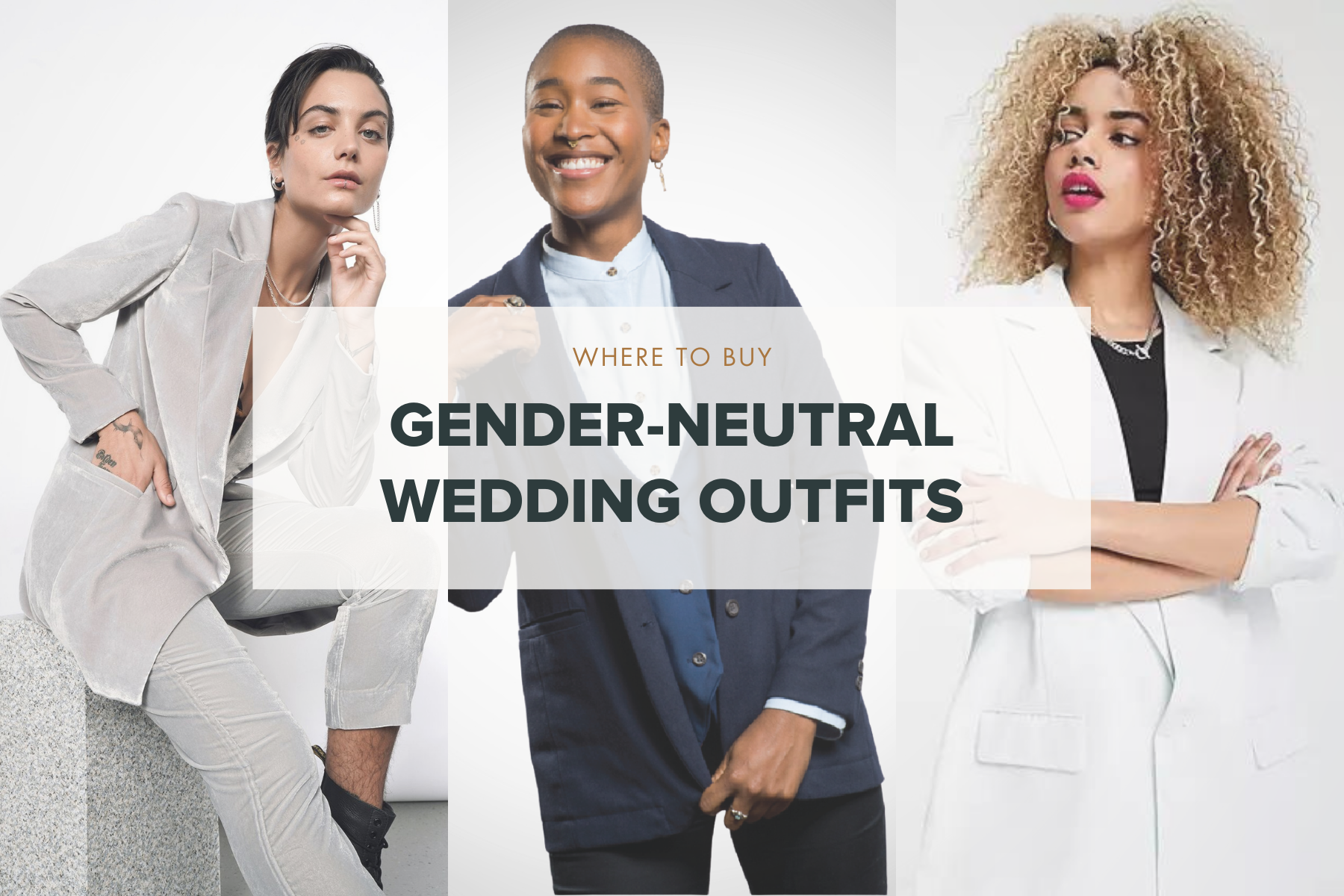 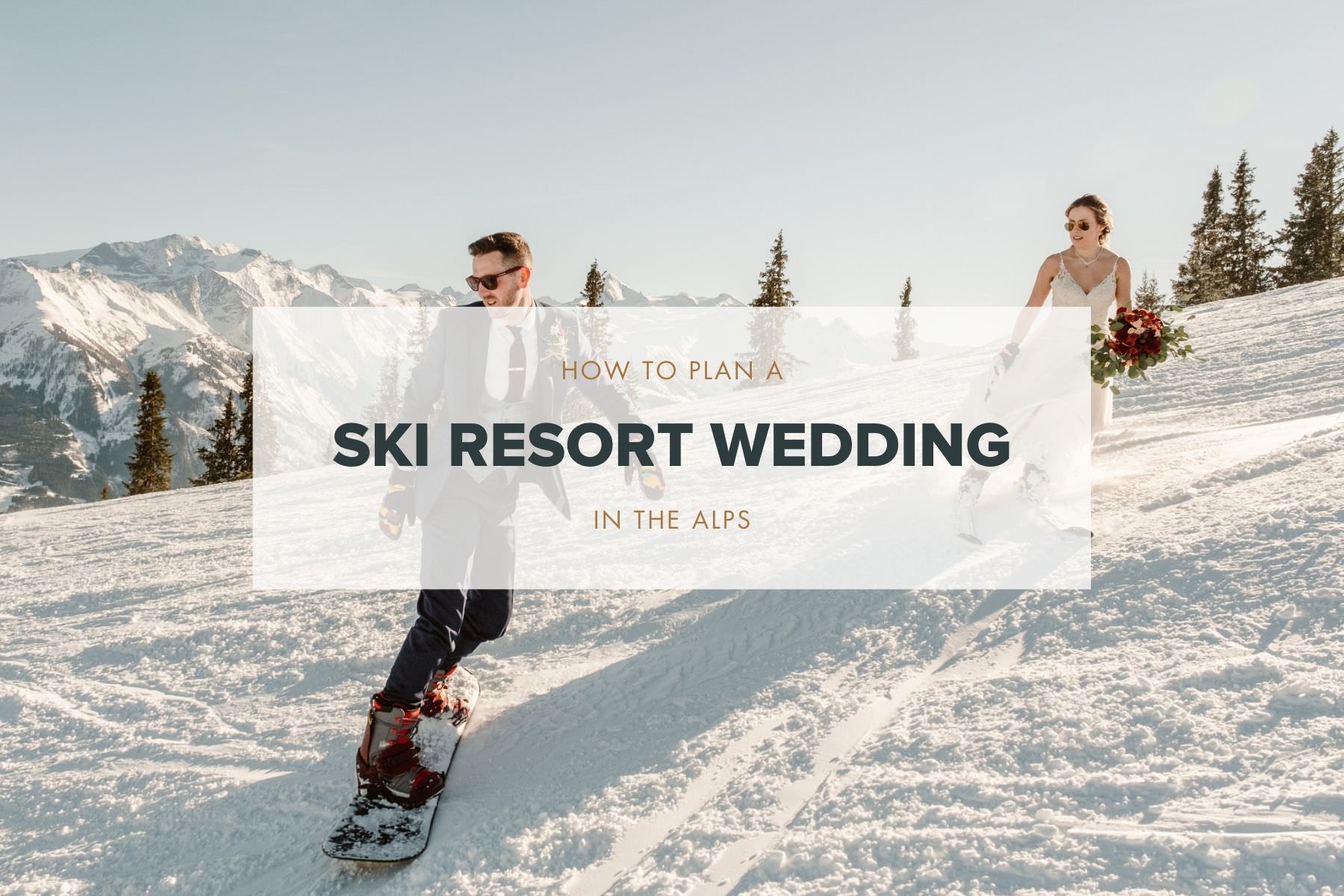 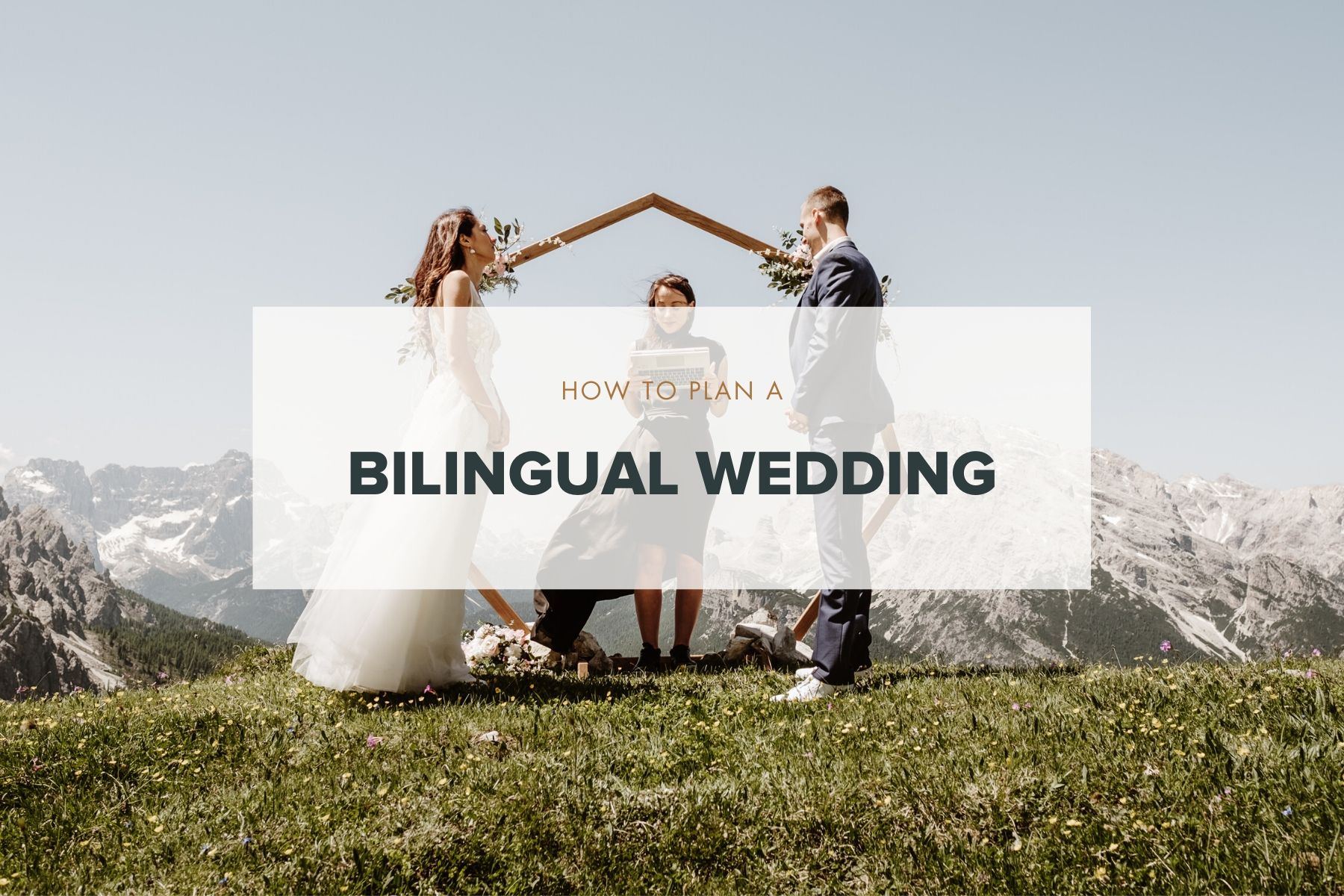