Elope In The Faroe Islands

The Faroe Islands absolutely stole my heart the first time I visited in 2017 and are still right at the top of my list of the most beautiful places on the planet, alongside the Dolomites and Patagonia. In July I was fortunate enough to photograph an elopement in the Faroe Islands, and since I’ve had a few people asking me, I thought I’d put together a short post on “how to elope in the Faroe Islands” with some of the things I’ve learned on my visits.

How To Elope In The Faroe Islands
Updated for 2023

Five Reasons To Get Married In The Faroe Islands

1. A Legally Binding Ceremony Is Easy To Organise

Getting married overseas can sometimes be quite tricky, especially if you’re looking to do the legal part there too. However, in the Faroe Islands the process is pretty straightforward to organise. So if you’re curious, and want to know how you can get married in the Faroe Islands, you can find the information below.

3. Even The Most Popular Locations Are Relatively Uncrowded

If you’ve ever visited Skogafoss waterfall in Iceland or hiked up to Trolltunga in Norway, you may have had to wait your turn to take a picture. And you’ll probably have struggled to get pictures without anyone else in them. Due to the remote location of the Faroe Islands, tourism numbers are much lower, and even the most popular locations are quiet in comparison. In fact, did you know that there are more sheep on the Faroe Islands than people?!

4. Getting Around Is Easy

Despite its remote location and rugged landscape, the Faroe Islands are not challenging to drive around. We visited in December when the roads were quite snowy in places, and we only had a small hatchback as our rental car. Even with the winter conditions, were able to drive everywhere without any problems at all. And because most of the larger islands are connected by tunnels or bridges so it’s easy to cover a lot of ground in a single day.

I actually can’t put into words how insanely beautiful the Faroe Islands are. Just trust me, that when you see them, you’ll fall in love with them too. If you are looking for inspiration and for the best places to explore for your Faroe Islands wedding adventure, then just picture yourselves in these magnificent locations: 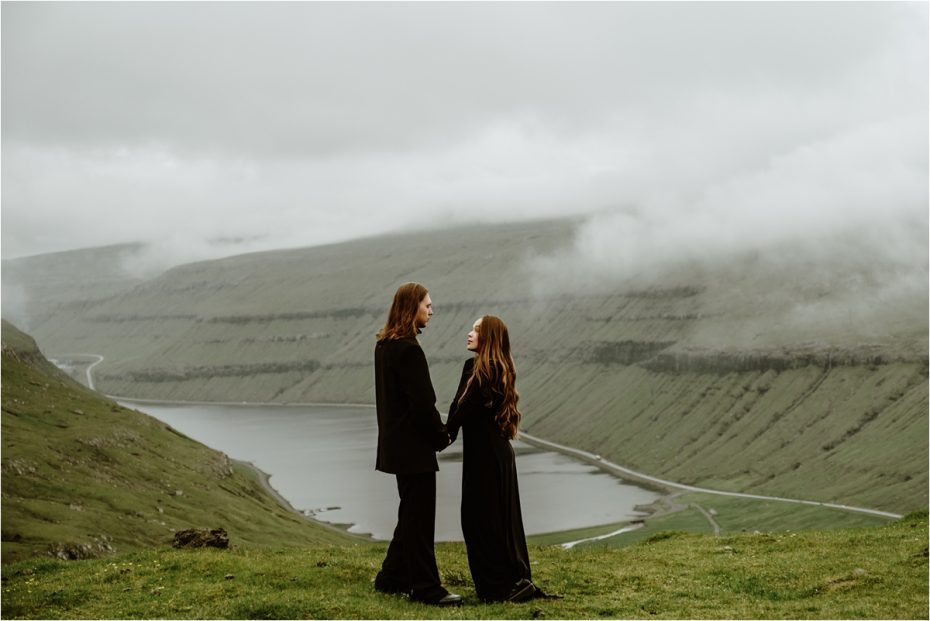 Other Amazing Elopement Locations in the Faroe Islands

Planning A Wedding In The Faroe Islands

A legally binding wedding in the Faroe Islands is conducted by the town hall in Torshavn. It is possible to get married there as non-Faroese, and you can find more information about that here. For couples who would rather sort out the legal side at home and have a more personal elopement ceremony in the Faroe Islands, you could also have a Humanist ceremony. Of course, there’s also always the option of conducting the ceremony yourselves, especially if you are eloping with just the 2 of you.

When To Visit The Faroe Islands

I can’t believe the difference from visiting in December, April and in July. June-August are considered high season in the Faroe Islands, and while that doesn’t make it super busy (compared to places like Iceland), you definitely notice that things get fully booked pretty fast and prices for accommodation and car rental seem to be higher at this time of year. You’ll also find that a lot of the main tourist spots are now being added to coach tour schedules, meaning that visitor number are increasing quite a lot. Visiting in the summer months means you’ll benefit from long hours of daylight (in July it was light from 4am until 11pm) whereas in winter it’s much less (in December it was light from around 10am until 4pm). Whilst in winter you might find snow on the ground, in the summer months the grass is really green and the meadows are filled with buttercups and other wildflowers. I quite like spring and fall, when things are quieter.

If you’re hoping to see the adorable puffins, June-August is the optimal time of year to see the birds on land, especially on the island of Mykines.
Note: For summer 2022 the hike to the lighthouse and main puffin colonies in Mykines isn’t accessible due to landslides. Hopefully it’ll be accessible again in 2023.

Choosing where to stay in the Faroe Islands can be tough. Many people choose to stay around Torshavn where there are the majority of hotels and amenities. But if you’re looking for something completely off the beaten path with some local flair, there are lots of wonderful Airbnbs too.

As tourism has started booming in the Faroe Islands, so have a lot of the problems associated with it. I learned on my recent trip that all land in the Faroe Islands is privately owned. Whilst some landowners are happy for hiking trails to be on their property, many are getting very angry at the number of tourists who leave the trails or walk on to private land to take pictures without permission. And in popular locations such as Saksun, large areas are now fenced off with signs threatening to call the police if people cross them. In fact, it was here in Saksun that my couple eloped. They had contacted the landowner months before to ask his permission and to pay to have their ceremony on his land. Two days before their wedding, we heard of another wedding couple who tried to have their elopement on the same spot, but didn’t ask permission and just stepped over the fencing and had to be asked to leave.

There are so many incredible locations around the Faroe Islands that are perfect for an intimate elopement. There are incredible viewpoints along roads and amazing hiking trails (some are free while others have a fee) so it’s easy to find endless options. But if you’re at all unsure about whether you’re allowed to be there, it’s definitely best to ask a local who owns the land if you are allowed to go there. We found most people happily said yes – and they really appreciated being asked!

The Weather In The Faroe Islands

There’s a saying in the Faroe Islands. “If you don’t like the weather, just wait ten minutes.” Temperatures in the Faroe Islands don’t get that high in summer (15-20°C) , but they also don’t get that cold in winter (average of 3°C) although there is a small chance you might find snow on the ground in winter (we did!). Whatever the time of year, the weather in the Faroe Islands changes pretty rapidly. It’s not unusual for thick fog to come in from the ocean but it often passes as quickly as it came in. The main thing is to be prepared for all weather at any time! Because of this, I always recommend planning a few days there and being flexible with the timings of your day as much as possible.

If you’re looking for a wedding photographer to capture your intimate elopement in the Faroe Islands, then you’re in the right place. I’ve been going to the Faroe Islands since 2017 and am completely in love with these magical islands. I’ve discovered so many gorgeous locations for elopements, and I can’t wait to share them with you!

Make sure you CONTACT ME TODAY for full details of my Faroe Islands elopement packages.

If you want to elope in the Faroe Islands, I think I can say with 99.9% certainty that you’ll be blown away by how incredible it is. 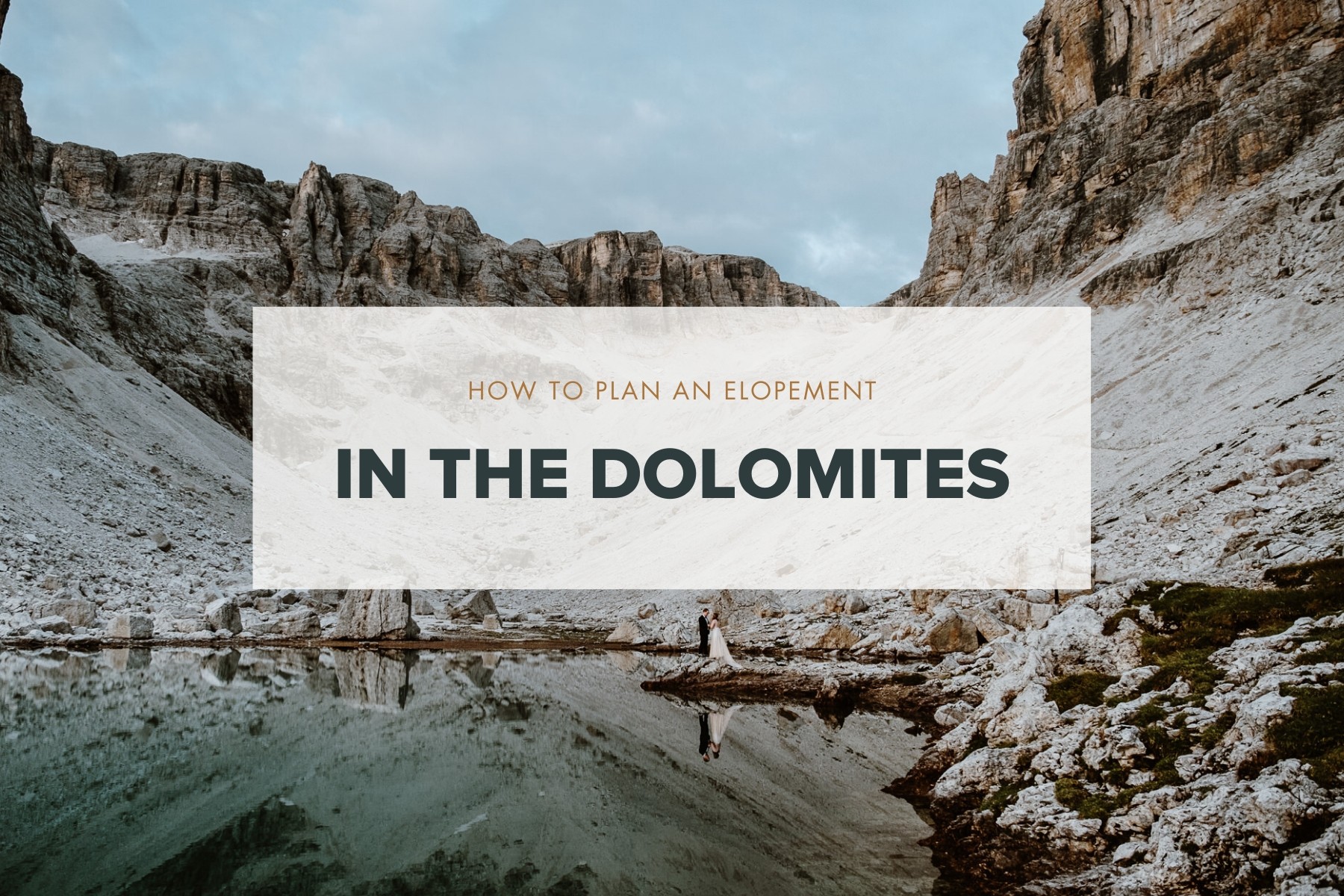 Dolomites Elopement Guide [Updated for 2023]
What Is An Adventure Wedding? 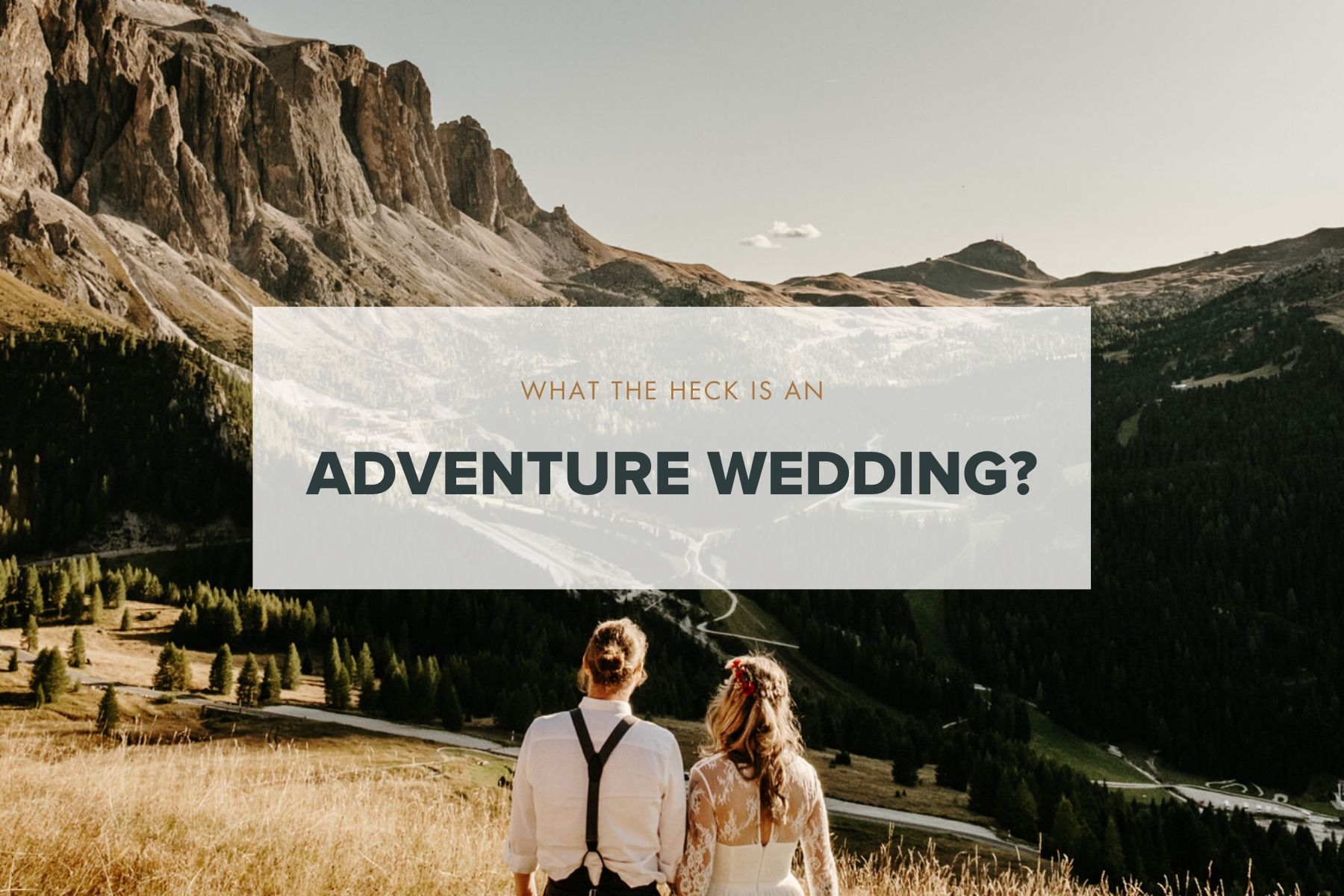 What Is An Adventure Wedding?
Elopement Details You Must Not Forget 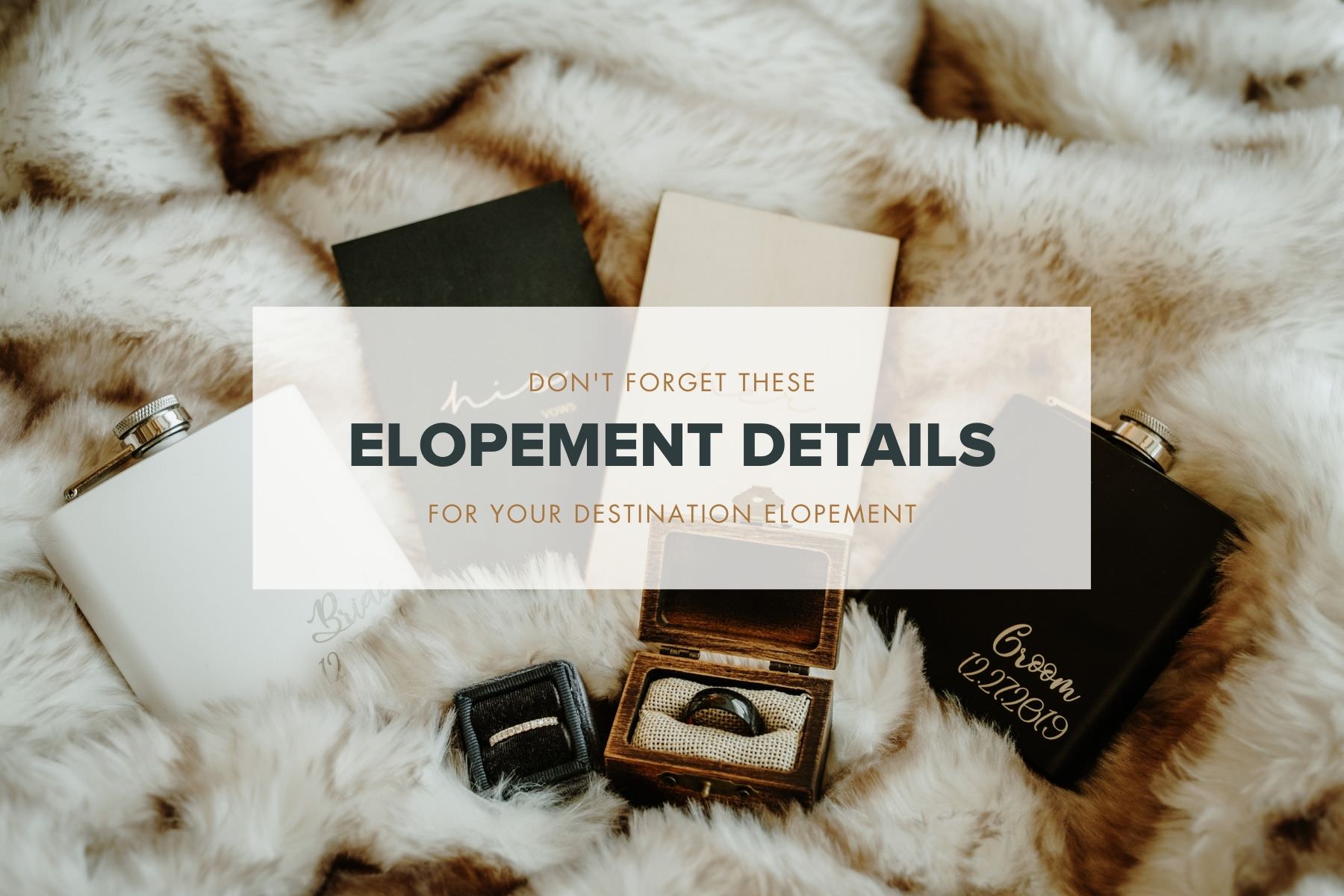