I’m always nervous about how a couple is going to react when it rains on their wedding day. Even though I love the moody clouds and mysterious atmosphere when it rains in the mountains, I know it can sometimes be a bit of a downer for some couples. Thankfully Emma & Adam were the most relaxed couple and were super chilled about the fact that it was raining.

Emma & Adam wanted to get married somewhere picturesque, somewhere wildly different from where they live back in the USA. When they found pictures of weddings in the Austrian Alps, they fell in love and knew that’s where they wanted to tie the knot. With the help of expert wedding planner Nadia from Amulet Events, they chose the picturesque chalet the Rössl Alm in Gerlos for their intimate mountain wedding ceremony.

There are only a small number of venues around Tirol that offer the option of having a legally-binding wedding ceremony on the mountain. So when the Rössl Alm confirmed that the local registrar would travel up on the mountain to marry them, Emma & Adam were absolutely thrilled. Their intimate mountain wedding ceremony was conducted in German, but the lovely wedding coordinator from the Rössl Alm acted as a translator for Emma & Adam and their guests.

After they both said “Ja” and their marriage was official, Emma & Adam asked me to take them exploring around Gerlos. At the bottom of the mountain, we made a quick stop to get some views of the mountain meadows with the cows and the wooden farmers huts. Emma really wanted to get some pictures with the cows, but the cows really didn’t seem too interested in us. After trying to dodge some pretty huge cow-pats, we headed further down the valley to the Durlassboden reservoir. Little did we know that there would also be cows at our next spot – and these cows were very interested in us. In fact, they were almost a little bit too interested!!

We escaped from the cows and explored around the lake, enjoying the fact that there was nobody else around. Emma & Adam had written their own personal wedding vows to one another, and they choose to read them to one another up by the lake, with just the mountains and the cows as their witnesses.

The ended their perfect, relaxed wedding day with an intimate dinner with their guests back at the Rössl Alm, with amazing local Austrian dishes like Wiener Schnitzel and Kaiserschmarrn. 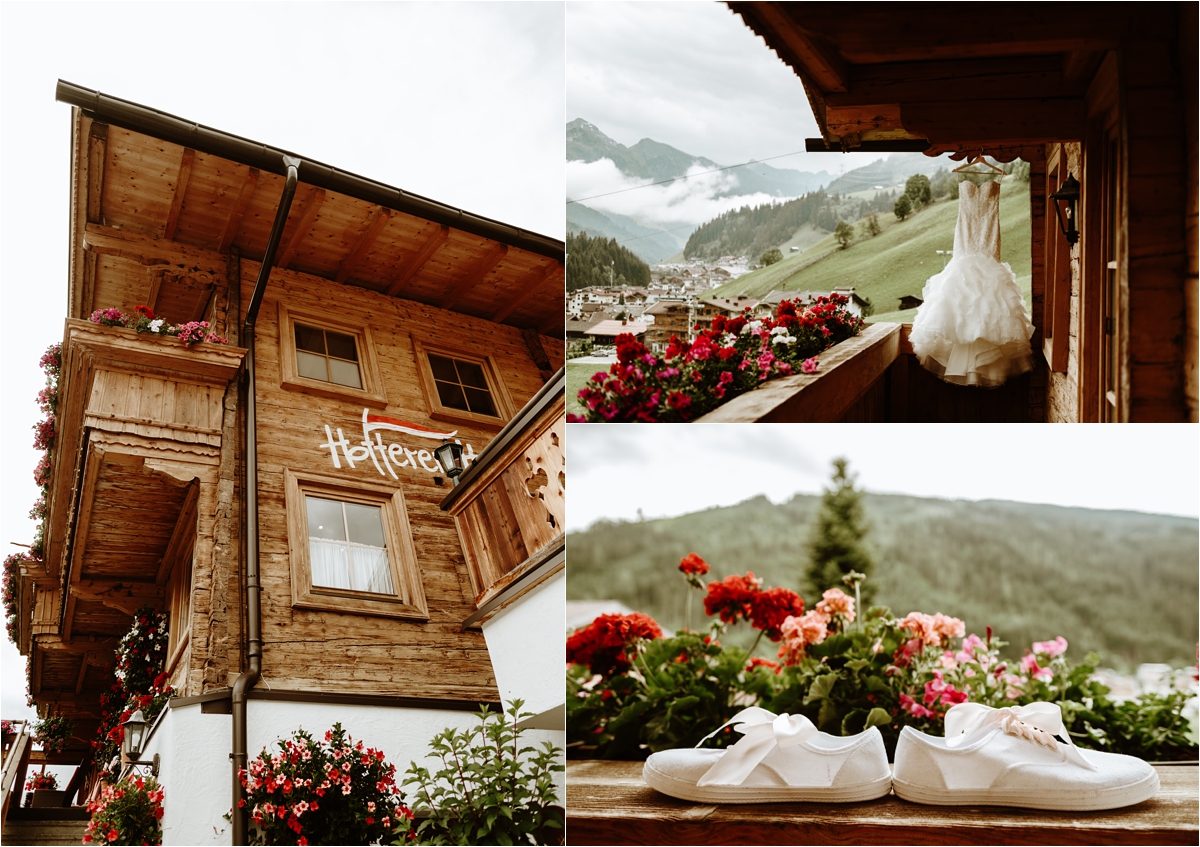 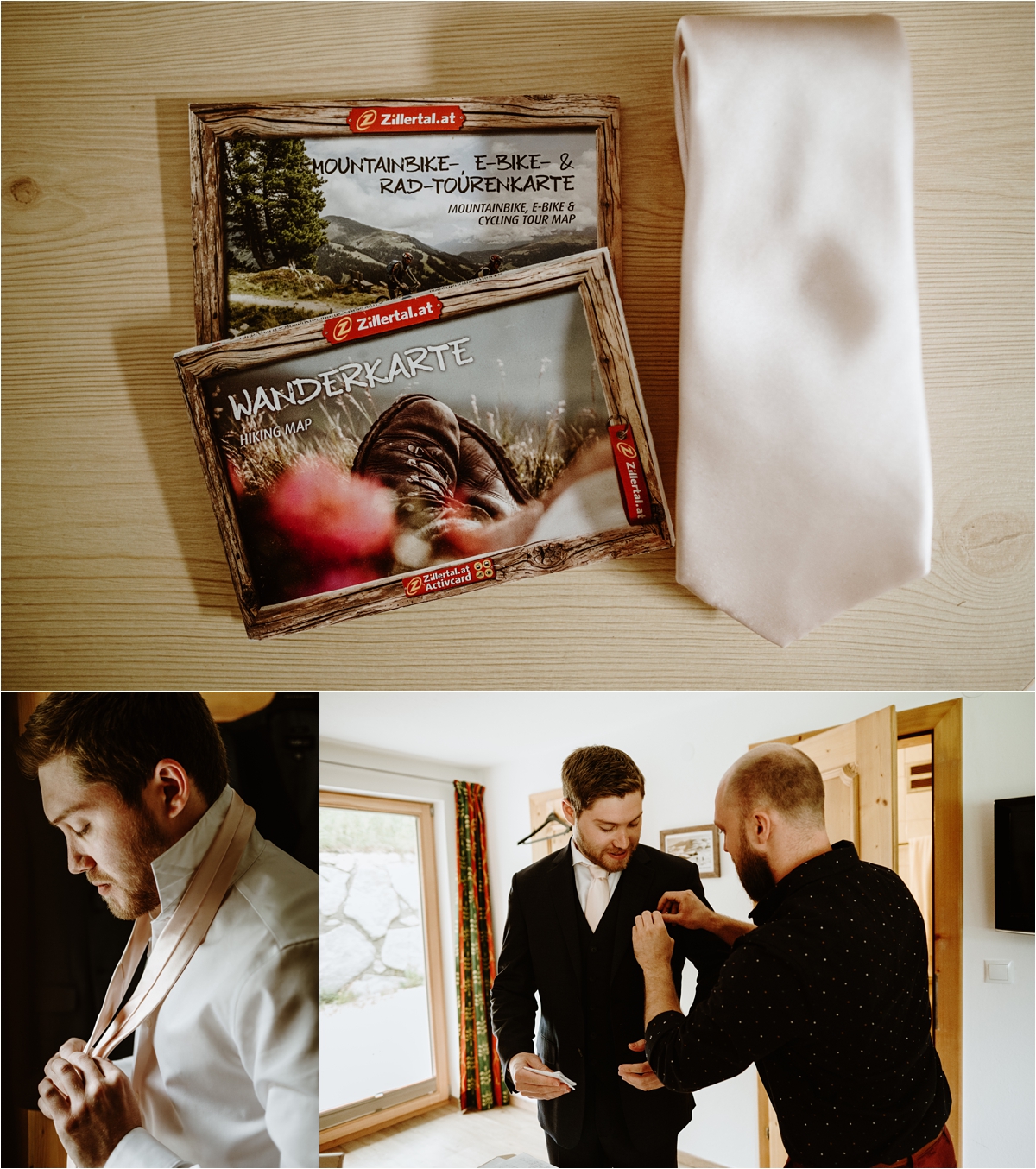 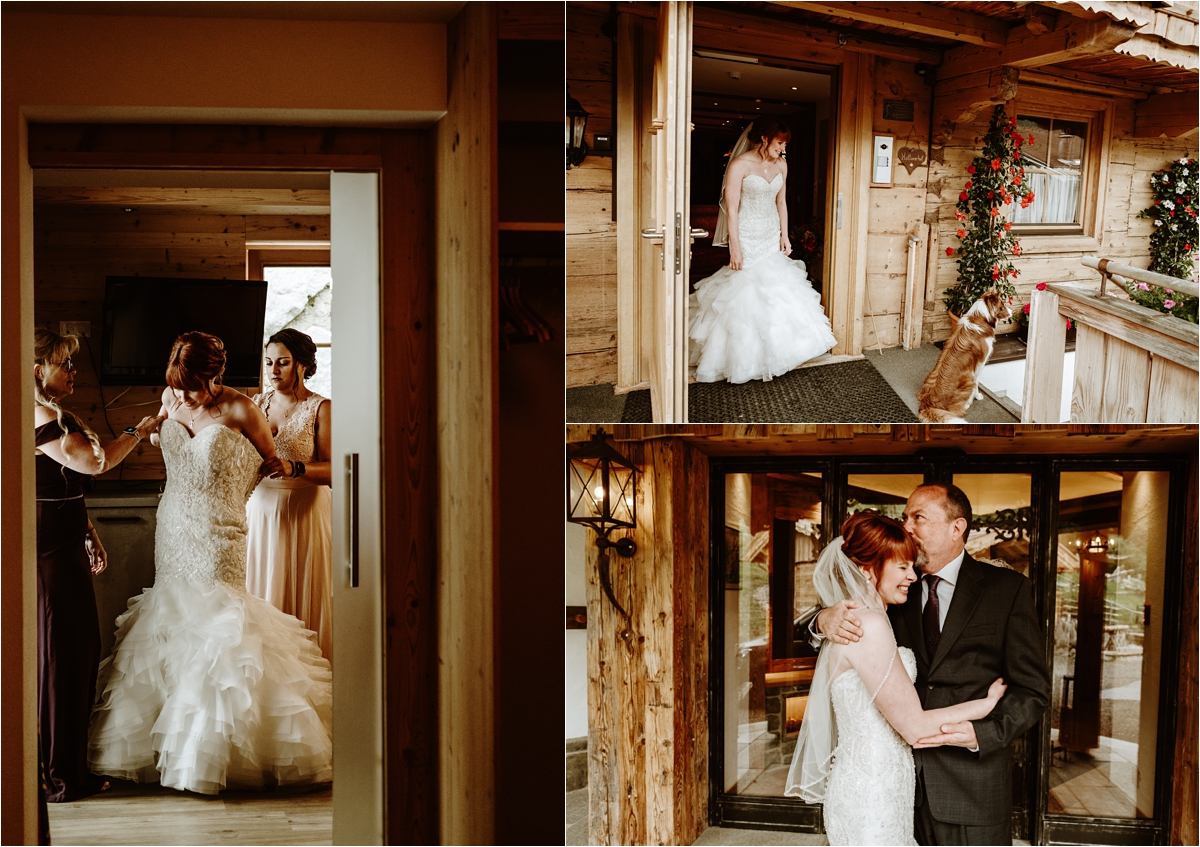 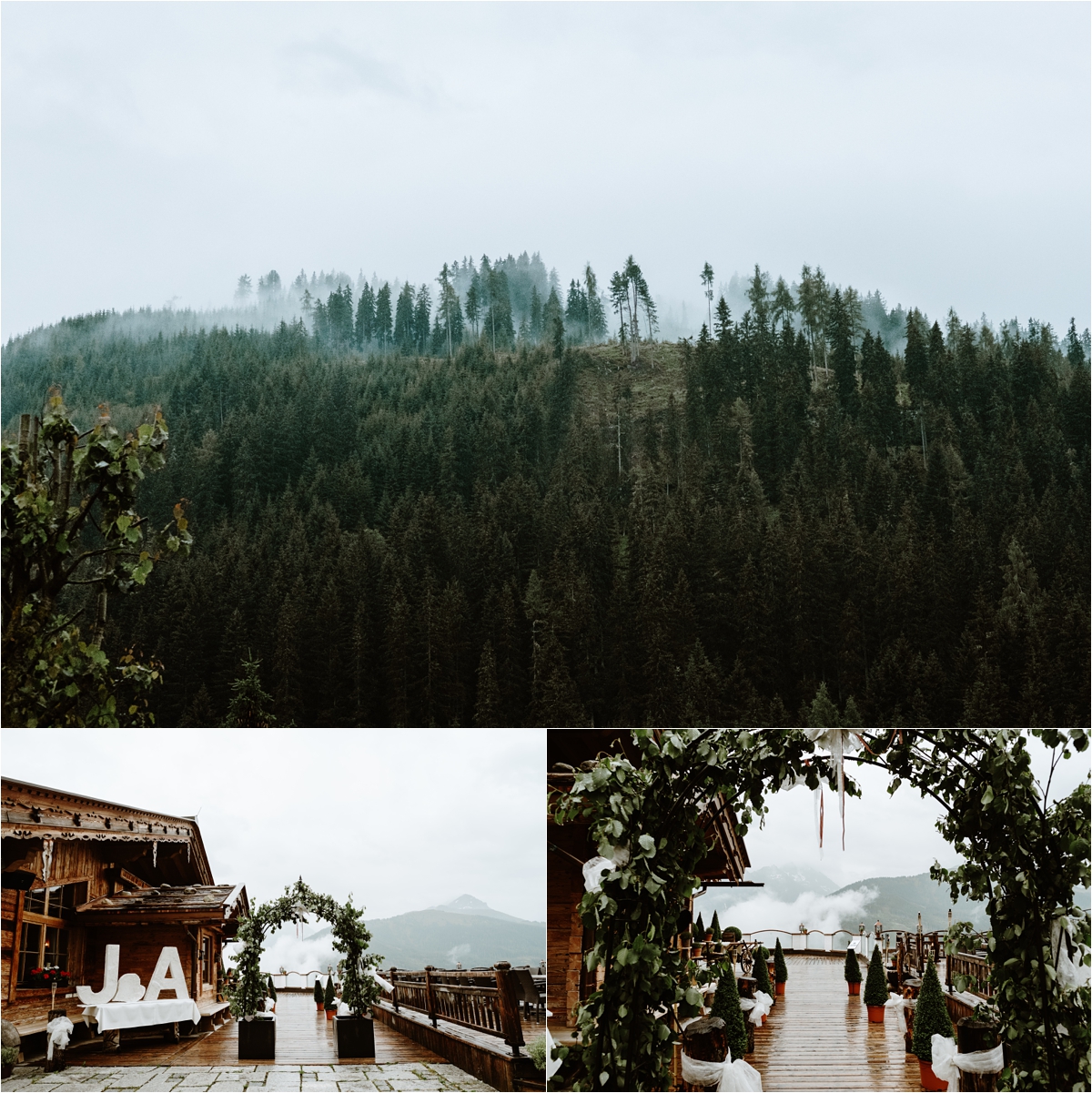 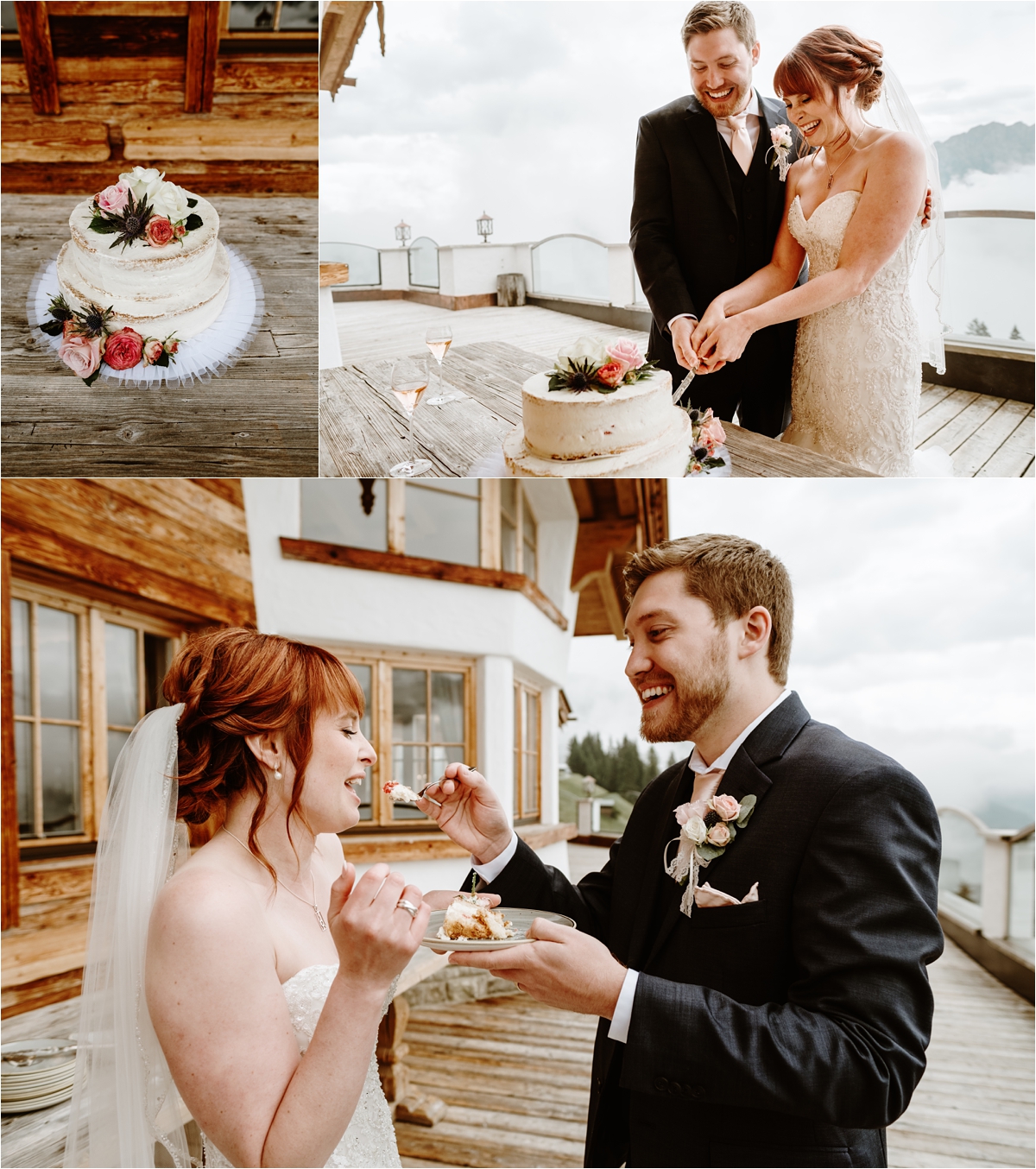 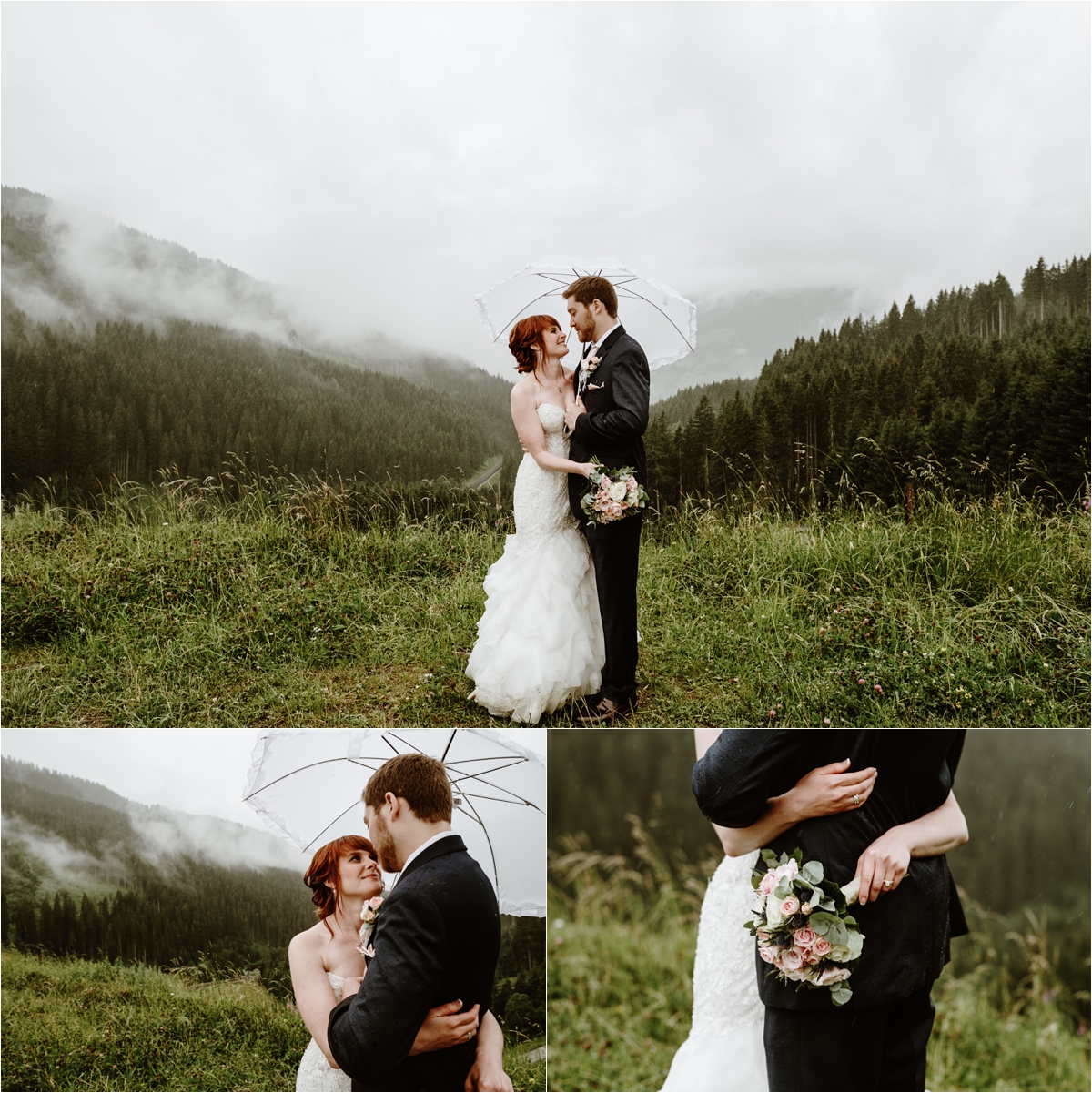 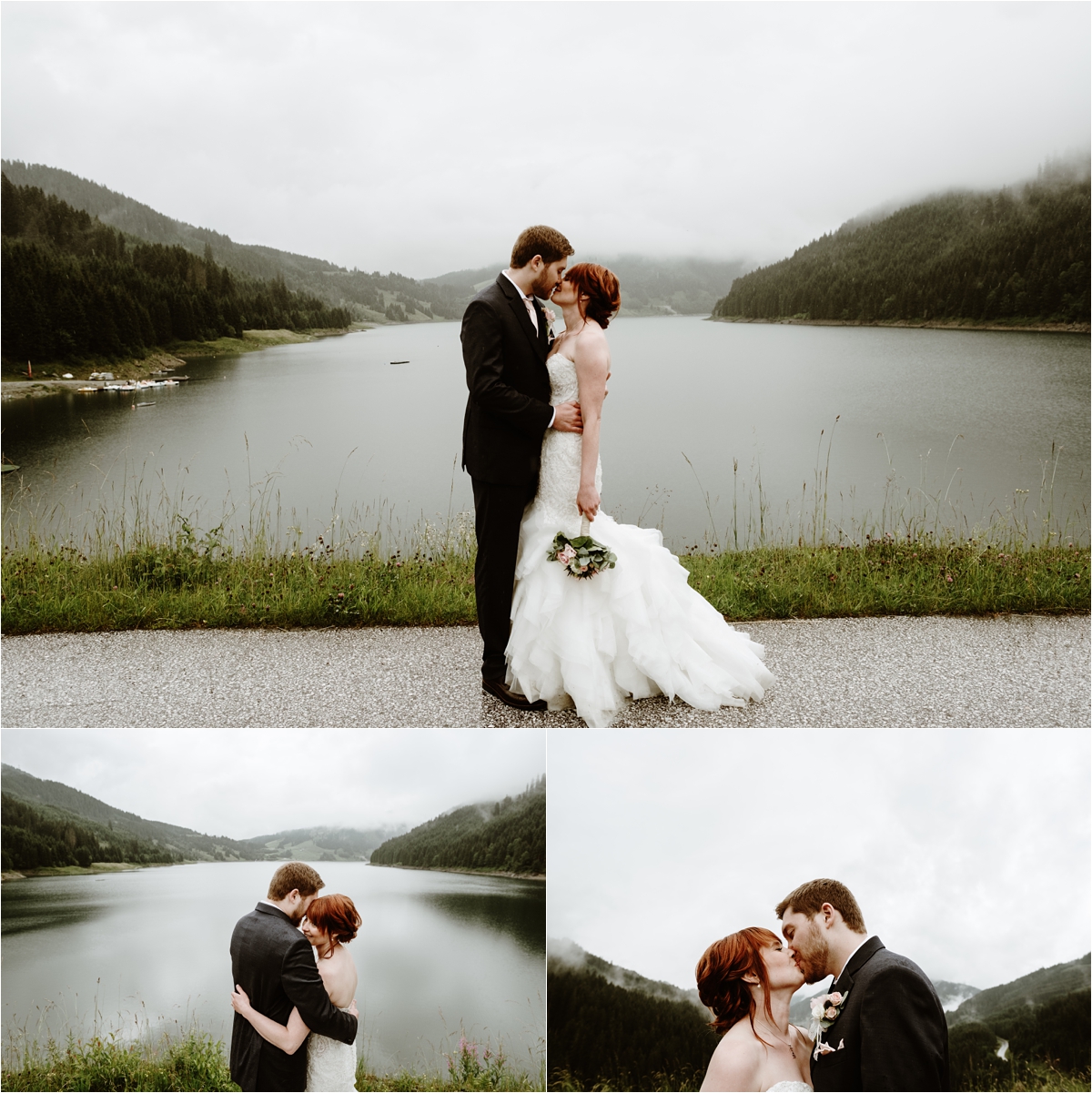 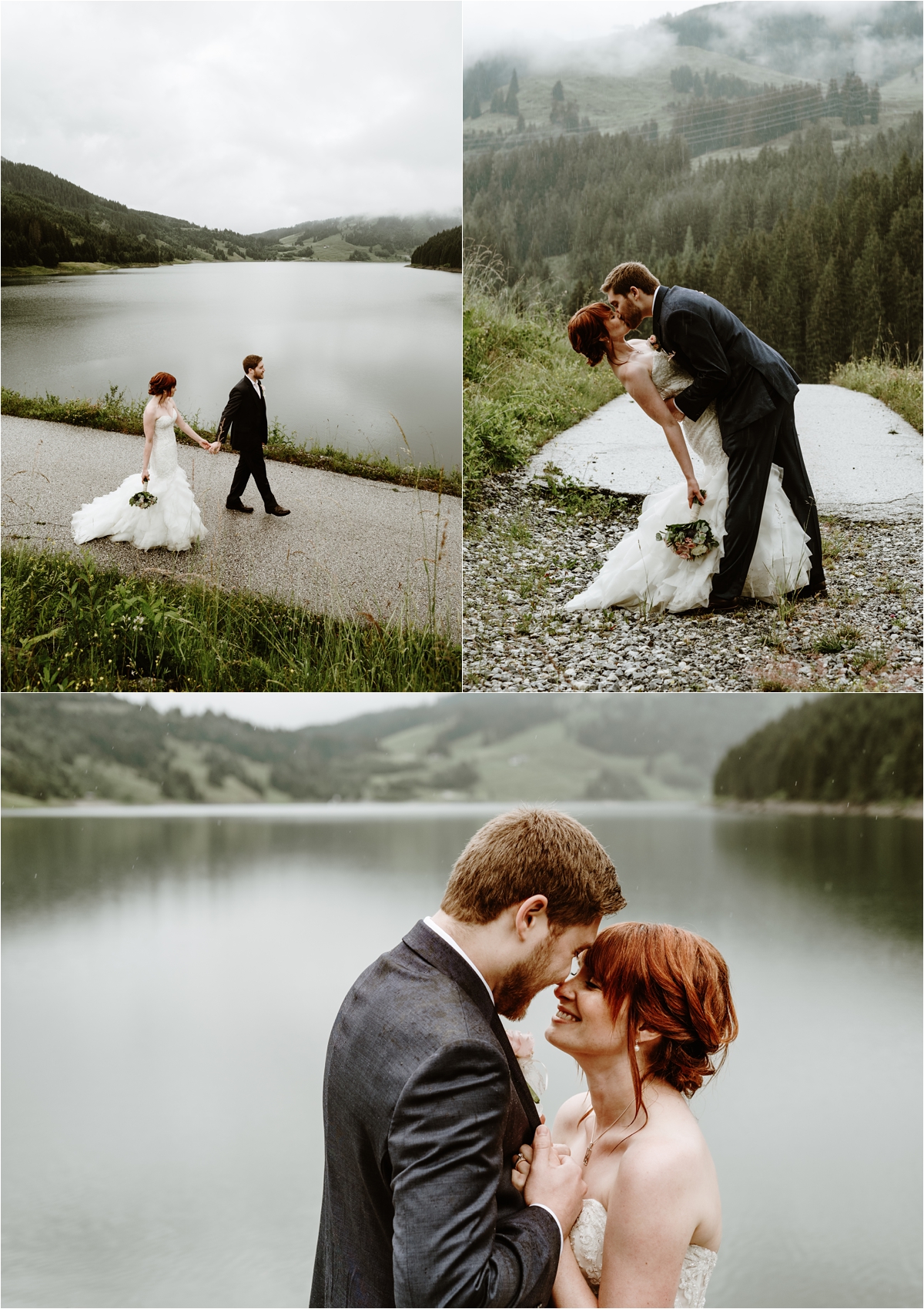 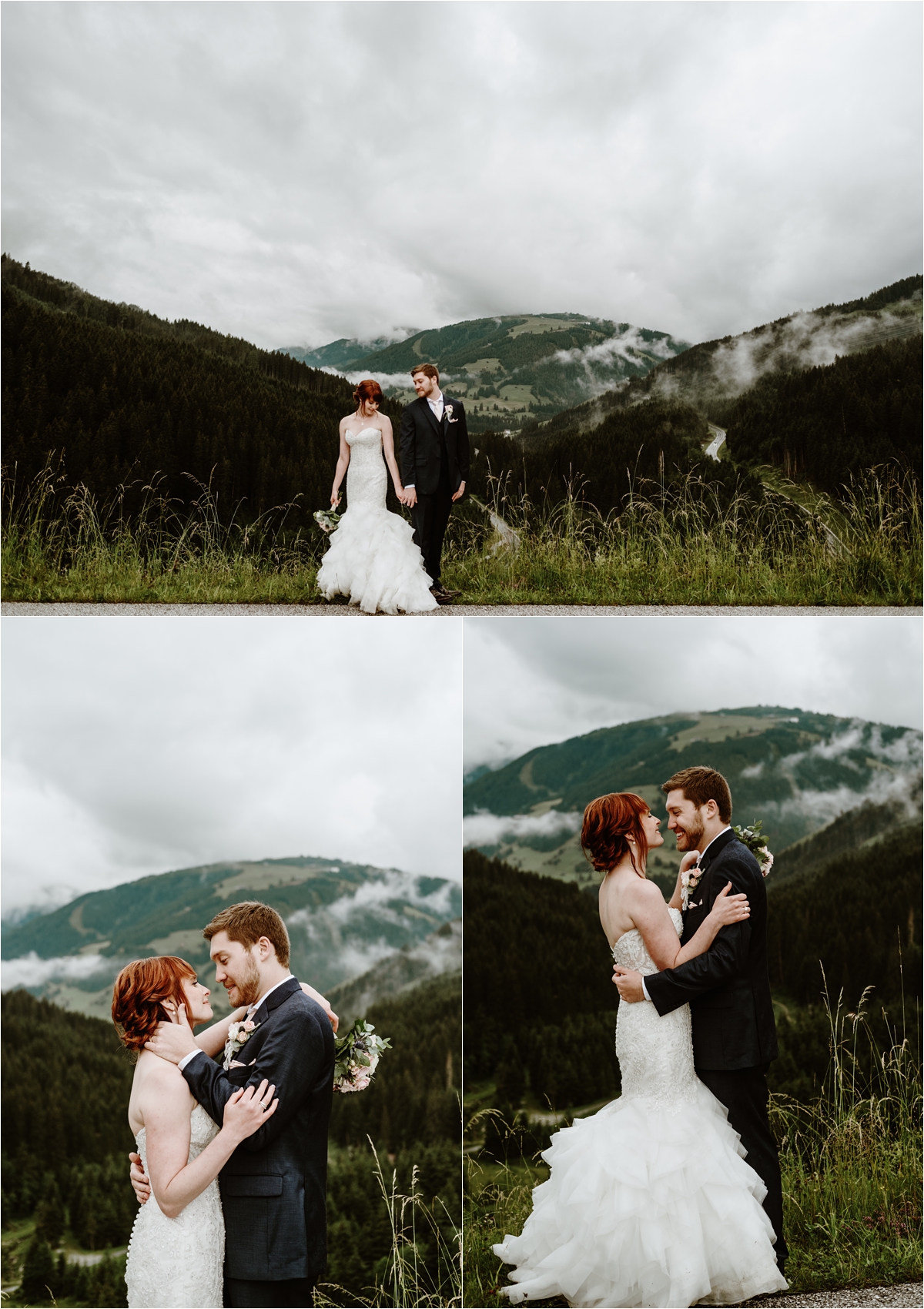 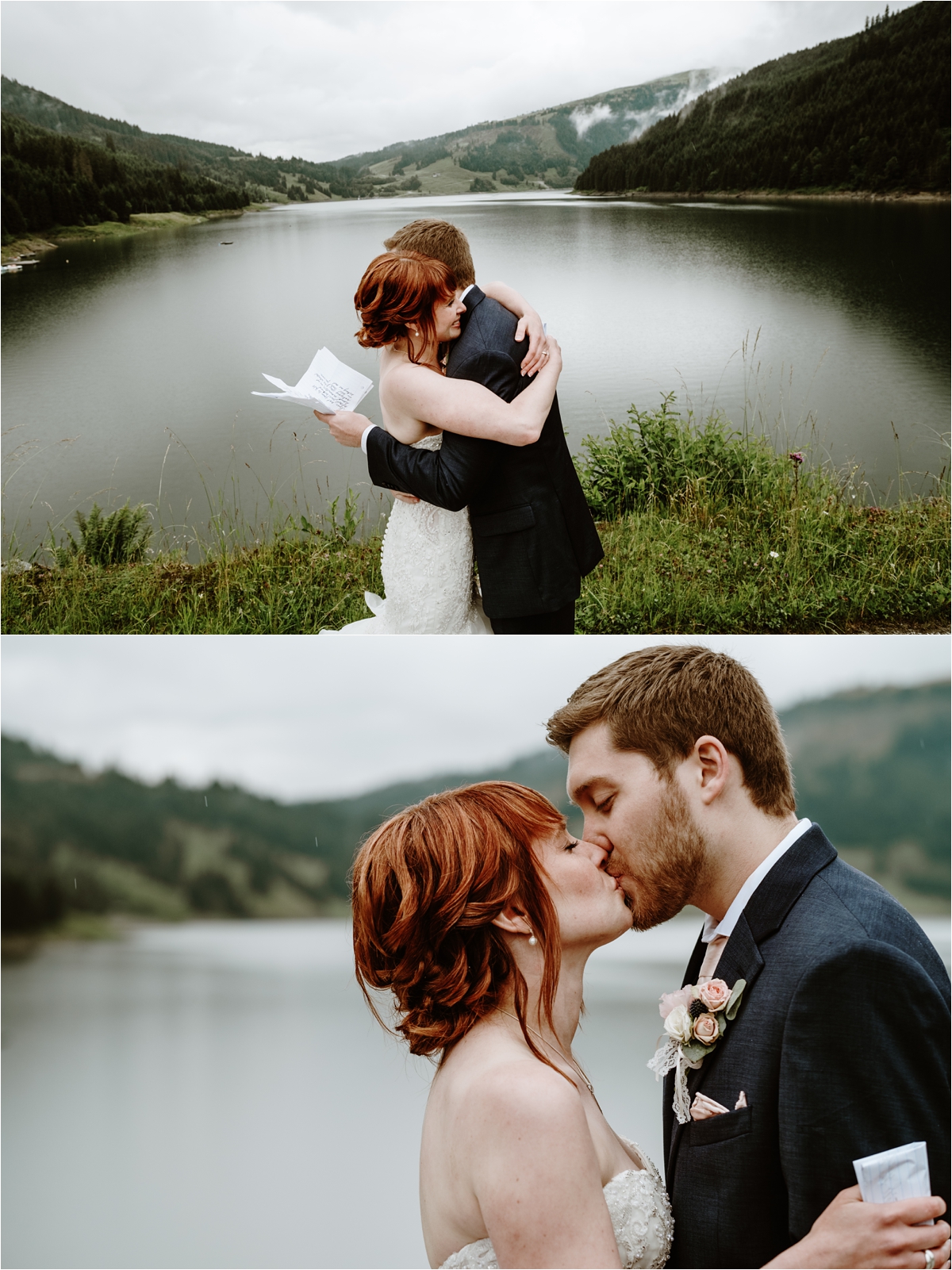 Trash The Dresses – A Ski & Snowboard After-Wedding Shoot In Tyrol 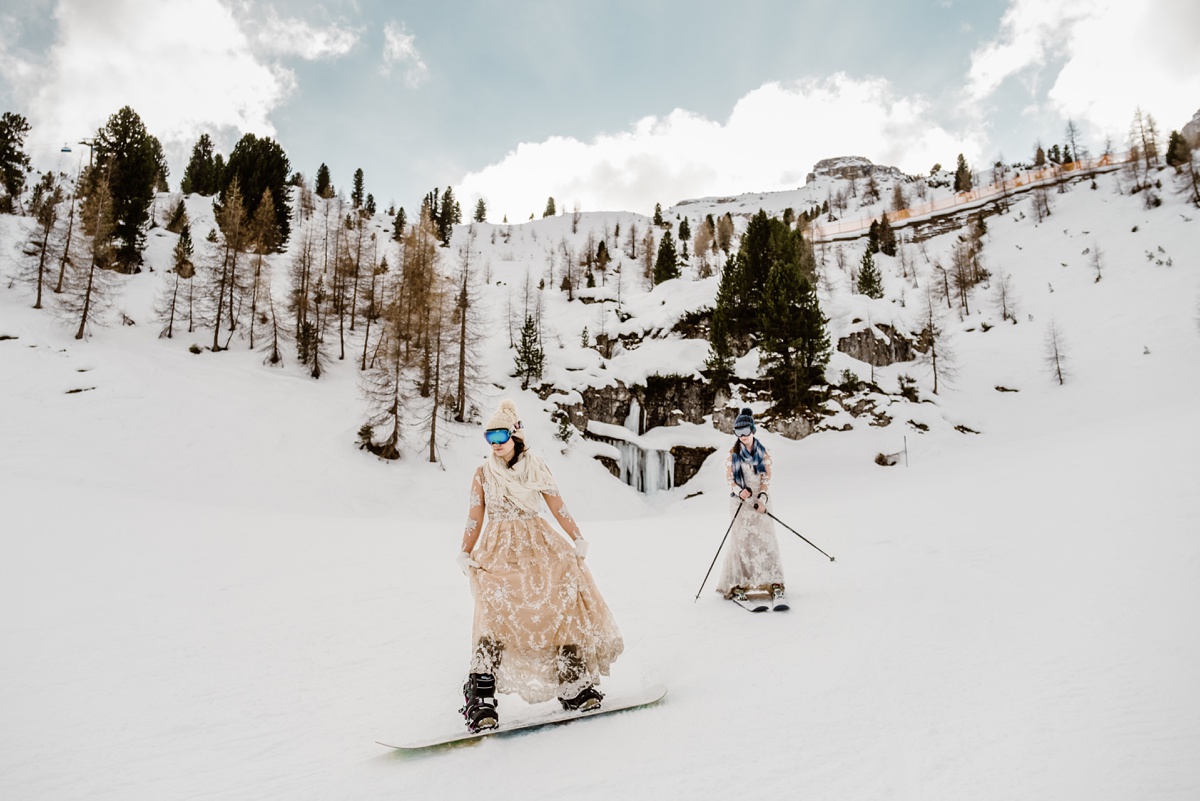 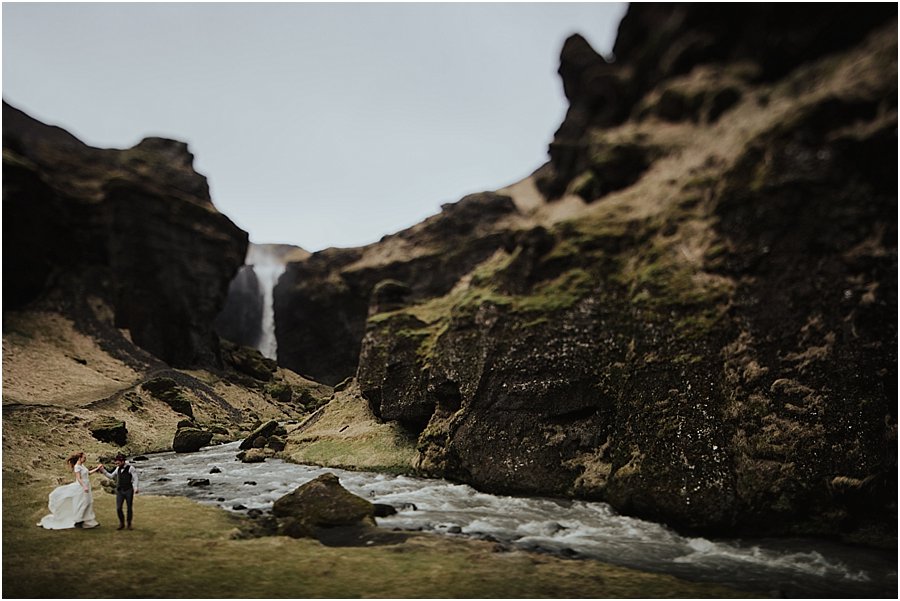 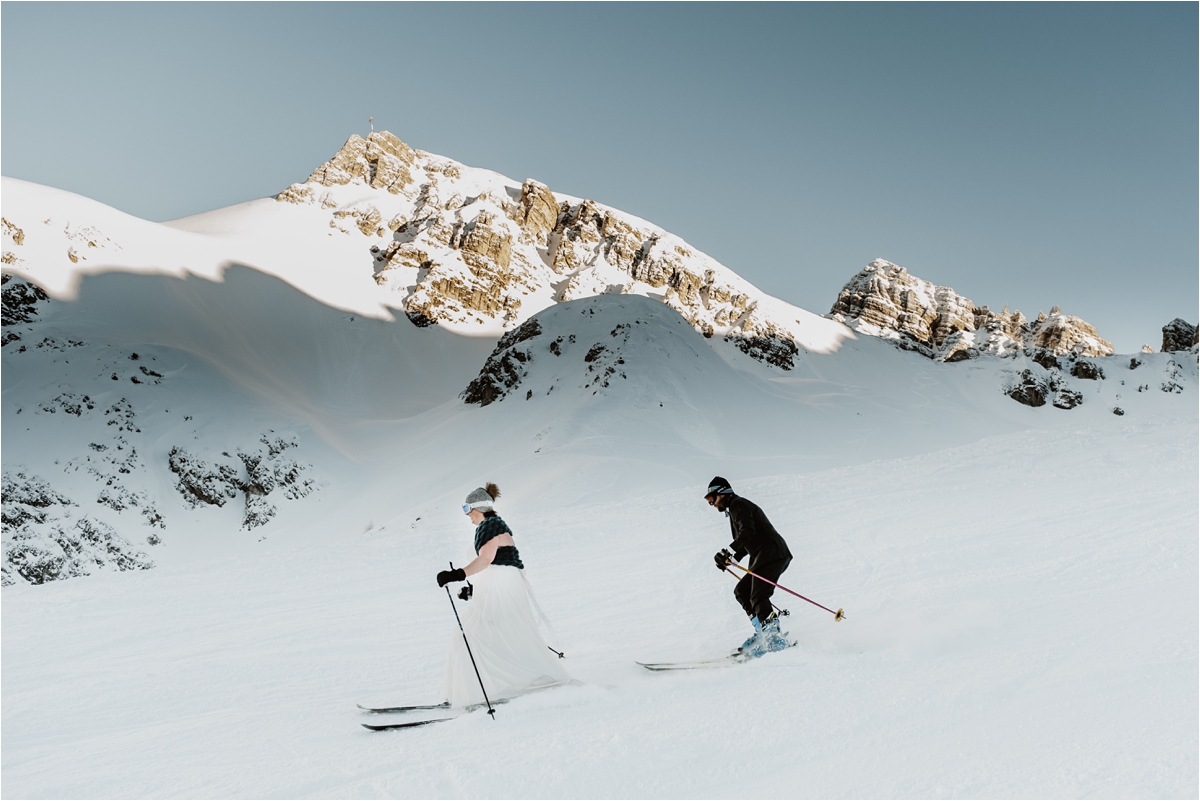 ©2021 Wild Connections Photography | LGBTQIA+ Inclusive Business
We use cookies on our website to give you the most relevant experience by remembering your preferences and repeat visits. By clicking “Accept”, you consent to the use of ALL the cookies.
Cookie settingsACCEPT
Manage consent