12th January 2018
Contents show
1 What Is Ski Touring?
1.1 You Can Reach Untracked Powder In The Backcountry
1.2 You Can Get Away From The Crowds
1.3 You’re Not Restricted To Lift Opening Hours
1.4 It’s Great For Fitness
1.5 *** IMPORTANT ***
1.6 What Is An Adventure Wedding
1.7 How To Plan An Adventure Wedding In Five Easy Steps

Ski touring has been about for decades, but it the last few years it’s popularity has been growing rapidly. I must admit I had absolutely no intention of going ski touring, but last year I gave up saying no to my husband and gave it a go. And I actually really like it!

What Is Ski Touring? 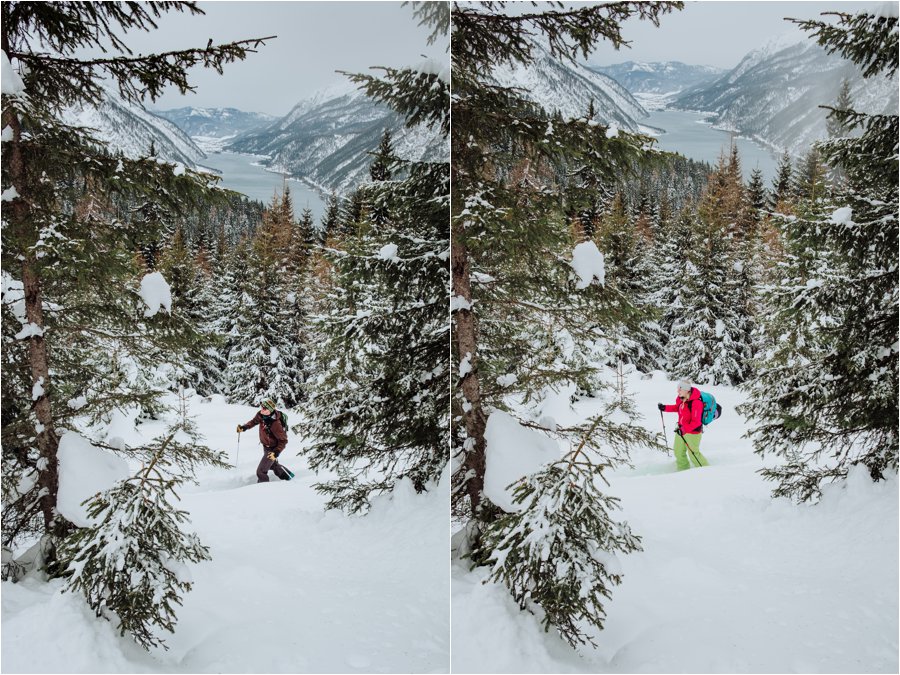 Ski touring ( or for snowboarders, splitboarding) is the process of attaching nylon or mohair skins to the bases of your skis to stop them from sliding backwards as you walk uphill. Touring skis also have special bindings which allow your heel to lift so that you can walk more comfortably.

And whilst you might be wondering (as I still do somedays when I’m sweating my ass off climbing up a slope) why someone would want to climb up a mountain when they could just jump on a ski lift, there are actually a number of reasons why I think everyone who is a confident skier or snowboarder should try touring at least once:

You Can Reach Untracked Powder In The Backcountry

This is the main reason I started ski touring, so I’ll start with this one first. Touring means you’re no longer stuck in lift lines on powder days. Instead, you’re able to get away from the main ski resort areas and find some fresh tracks in the backcountry. A bit of effort going up in order to get some untracked pow on the way down is always worth it! 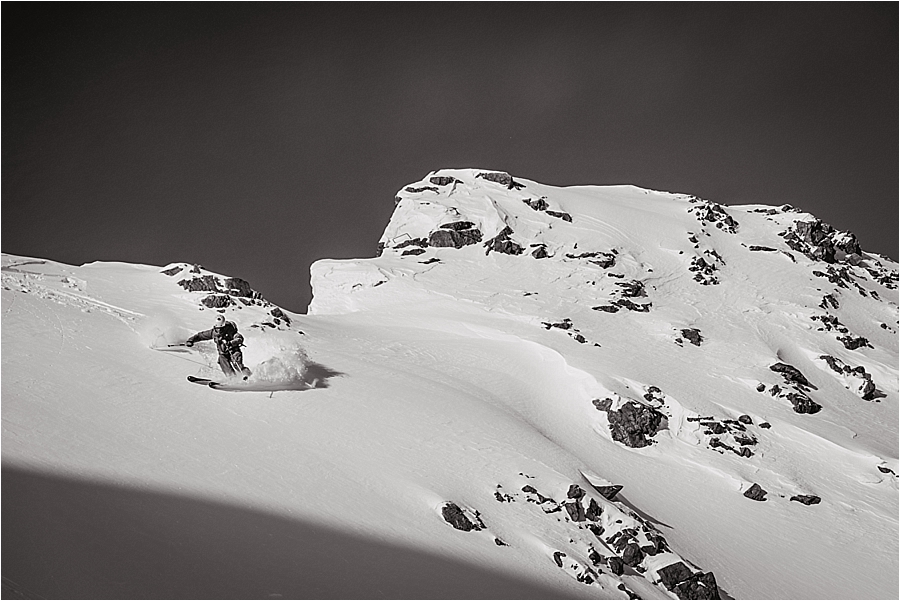 You Can Get Away From The Crowds 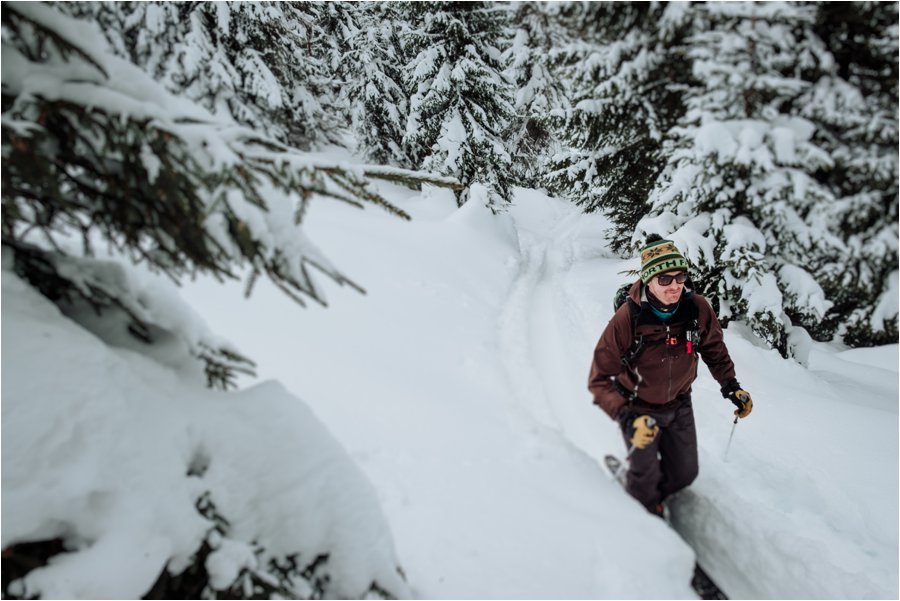 This year there was a lot of early snow in the Alps before the ski resorts had opened their doors. If you’re going touring, however, that doesn’t matter as you’re not using the lifts to get you up the mountain anyway. So as soon as the snow starts falling, you can grab some skis and get shredding. And if you’re a night owl, you’ll find many ski areas offer night touring. On these nights they don’t groom the slopes so that it’s safe for people to tour up. Some of them even have a mountain hut open so you can reward yourself with a hot chocolate when you reach the top. 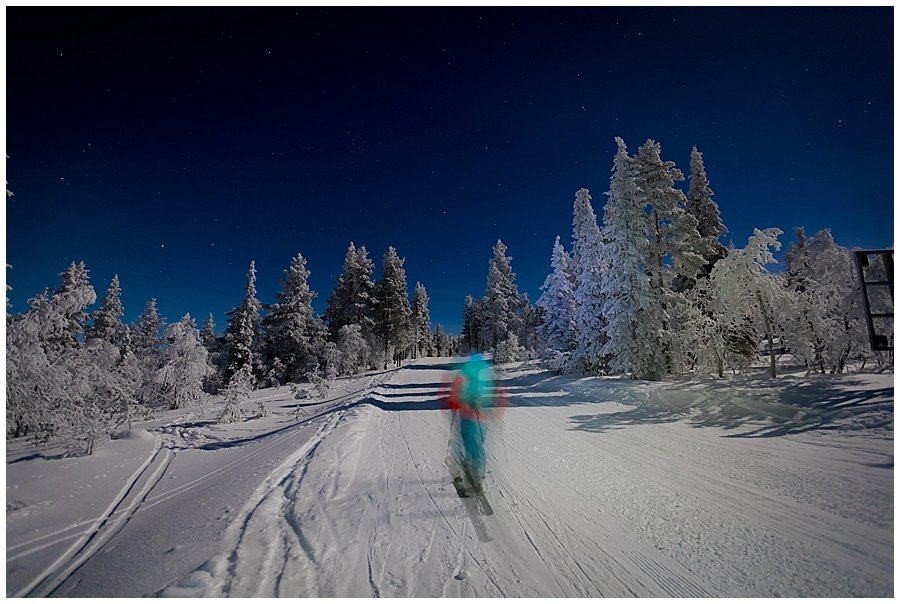 As you would expect, climbing up a mountain (even if it’s not a mega steep one) is great for improving your fitness. And the more you do it, the easier it gets (or so I’ve been told). I’d certainly pick outdoor training in the mountains over going to the gym any day of the week. 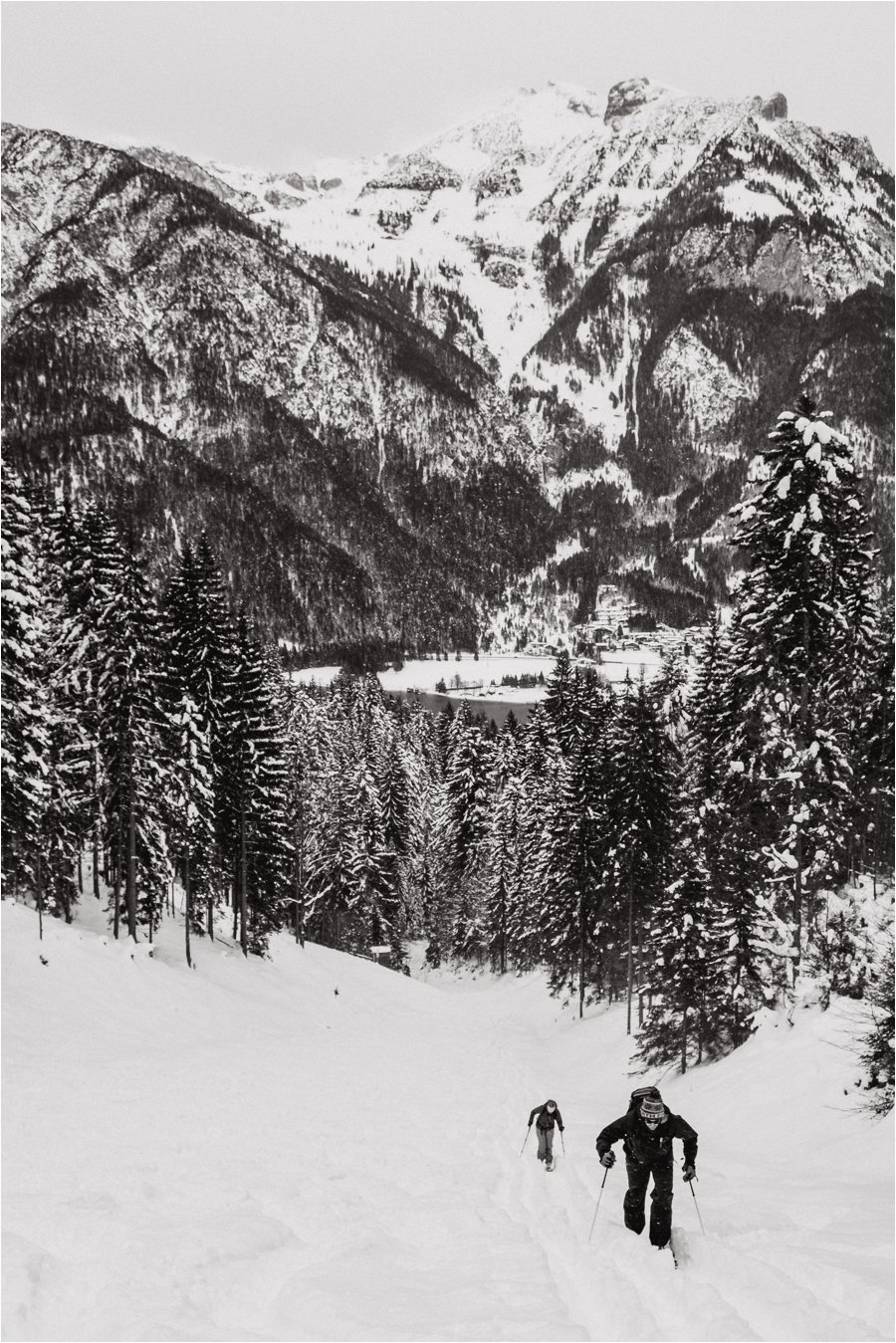 Before heading out into any backcountry terrain, you should take an avalanche training course. It’s vital that you know how to read the current snow conditions and the avalanche danger risks. Every member of your group must have a shovel, avalanche transceiver and a probe, and know how to use them should an avalanche occur.

If you’re an adventurous couple and are thinking about an adventure wedding, you’ll love these blog posts:

What Is An Adventure Wedding

How To Plan An Adventure Wedding In Five Easy Steps 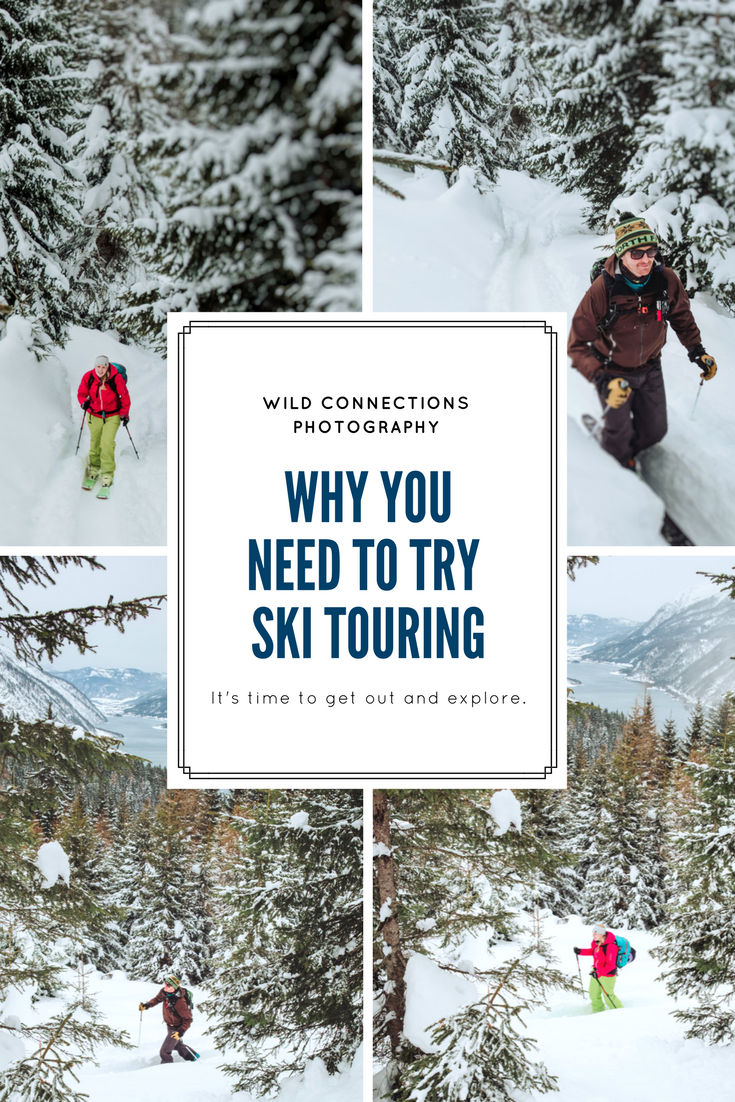 Weekend Adventures – Hiking In The Dolomites 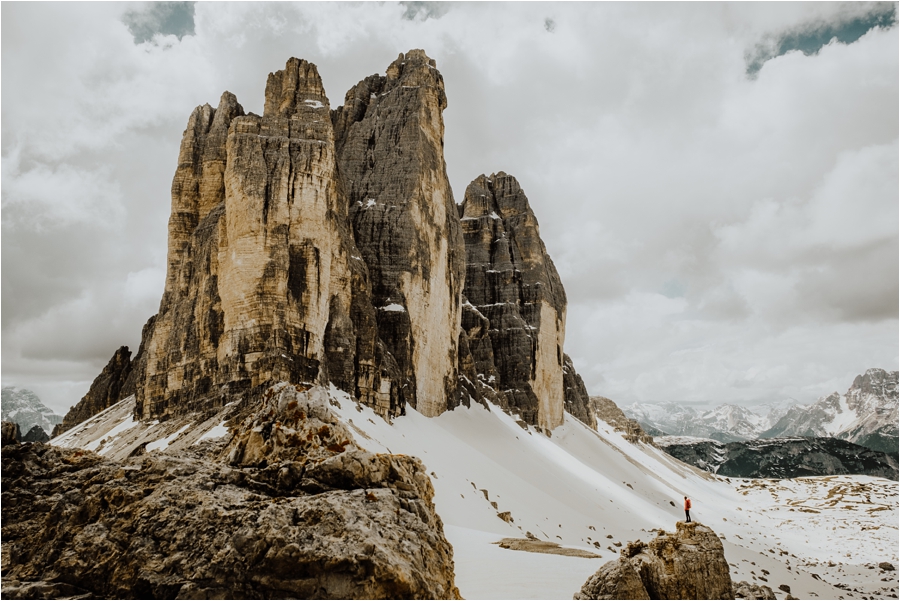 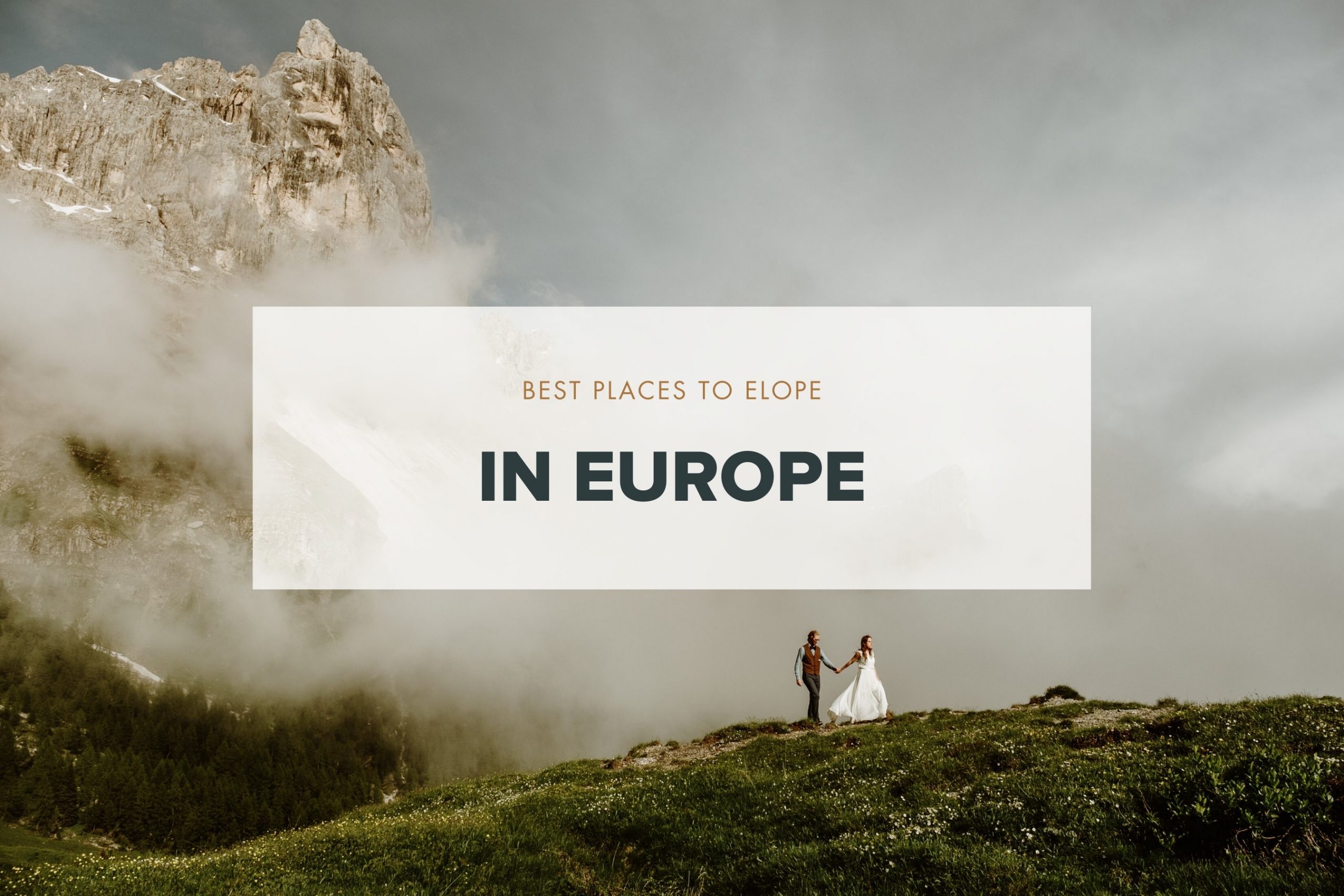 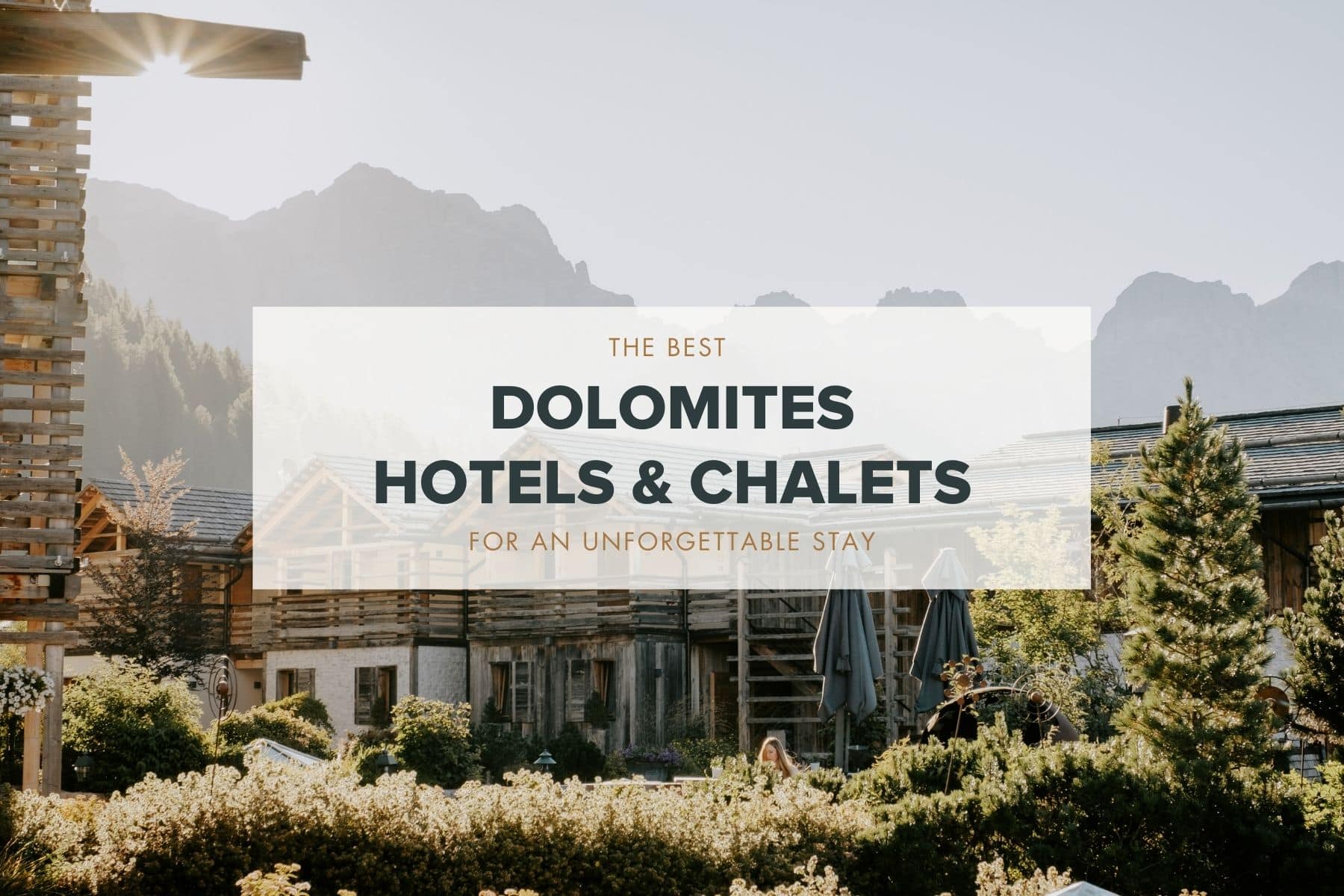 Best Hotels in the Dolomites
COMMENTS
SHOW/HIDE
ADD A COMMENT