Karin & Erik are two adventurous souls who are happiest when they are surrounded by mountains and beautiful scenery. So much so that they decided to elope during their ski holiday in Obergurgl Austria.

Karin contacted me a few months before to tell me about their plans. They had decided to solidify their commitment to each other by getting married, and they couldn’t think of a better place to do it than on the top of a mountain in the Austrian Alps. Originally they were going to keep the elopement as a complete surprise, but whilst preparing the paperwork for the civil ceremony, Karin realised that their witnesses also needed to know in advance what was going to happen! They also told a few close family members of their plans, but the rest was kept completely under wraps.

Winter Elopement At The Hohe Mut Alm in Obergurgl Austria

On the morning of their elopement, the clouds were hanging in the Ötztal valley in the Austrian Alps. I arrived early and took a trip up the Hohe Mut cable car in Obergurgl to bring my ski gear up and check out the venue. As I arrived at the top, the clouds started to clear and the surrounding mountains started peeking through.

I met with Karin & Erik and their two witnesses at the bottom of the Hohe Mut Bahn in Obergurgl and we chatted about the skiing conditions that week whilst we waited for their special wedding day transport to arrive.

Karin & Erik were treated to a ride up the mountain in the special wedding gondola, and by the time they reached the top, the clouds had cleared and they were greeted by blue skies and rays of sunshine that made the icy air sparkle like glitter.

Their intimate ceremony took place in the warm and rustic surroundings of the Hohe Mut Alm, with a beautifully personal ceremony filled with stories of mountains and adventure conducted by Susanne from the Standesamt Sölden.

After some pictures in the snow and a hearty mountain lunch, we changed into our ski gear and hit the ski slopes of Obergurgl. 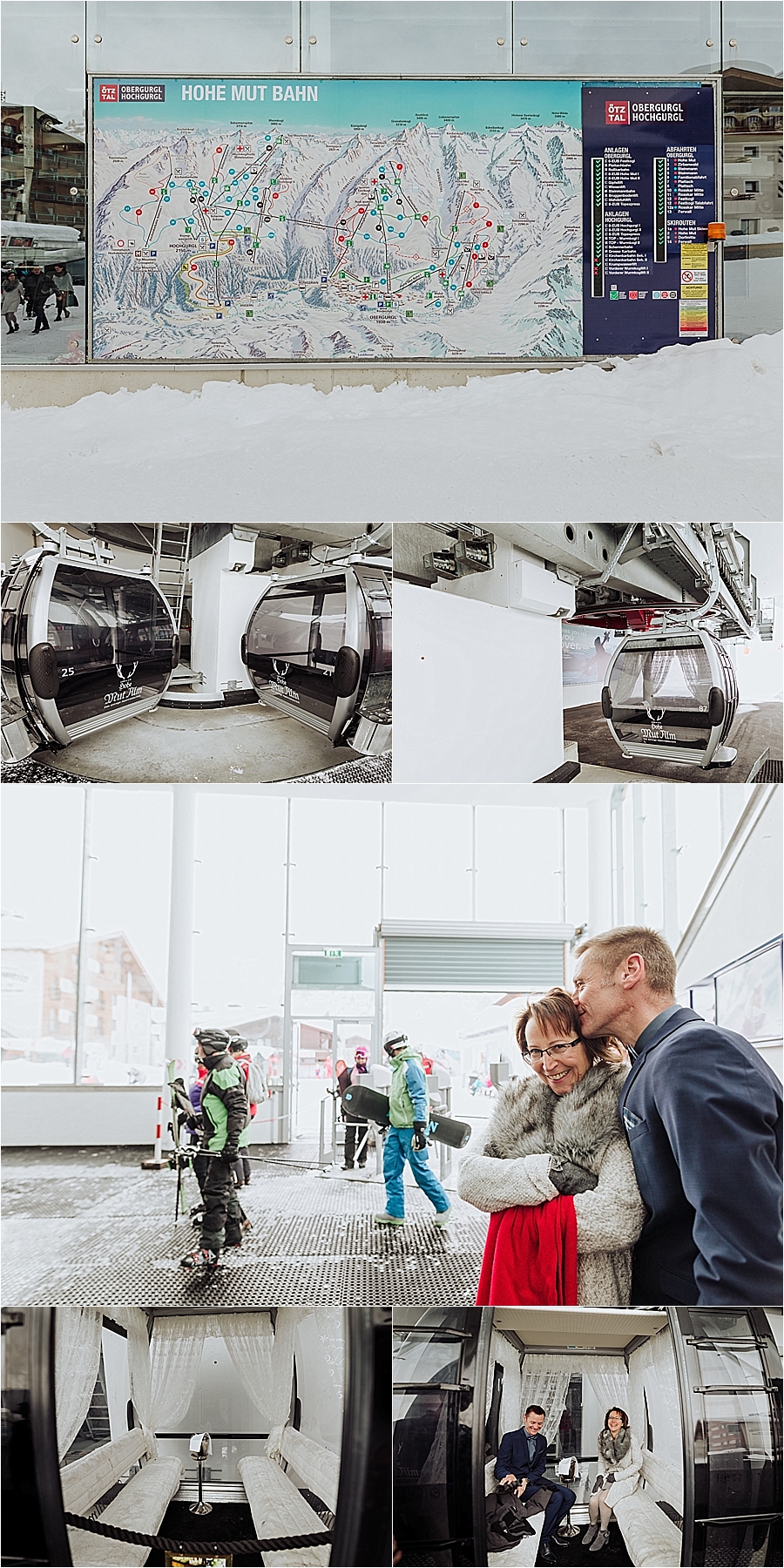 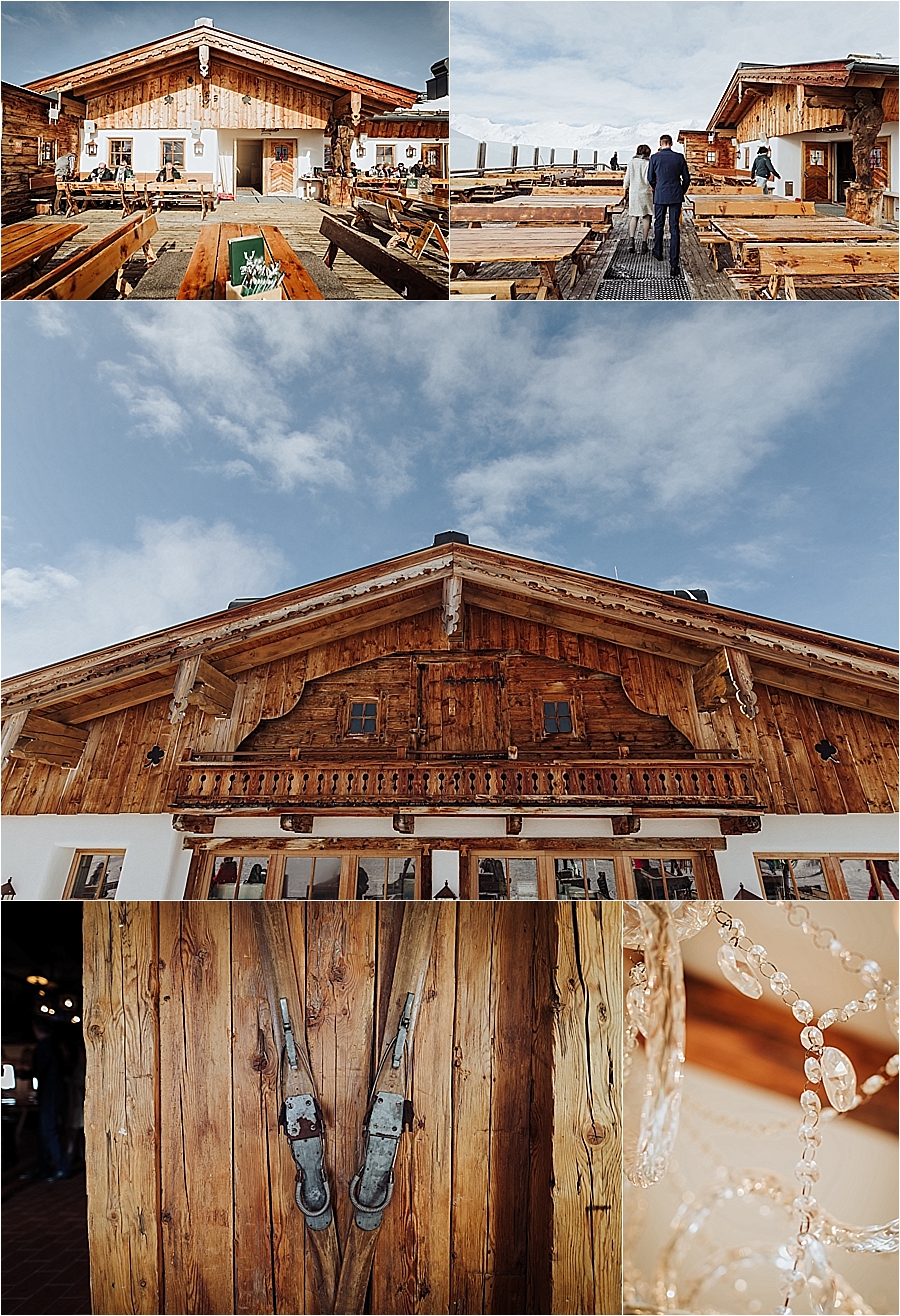 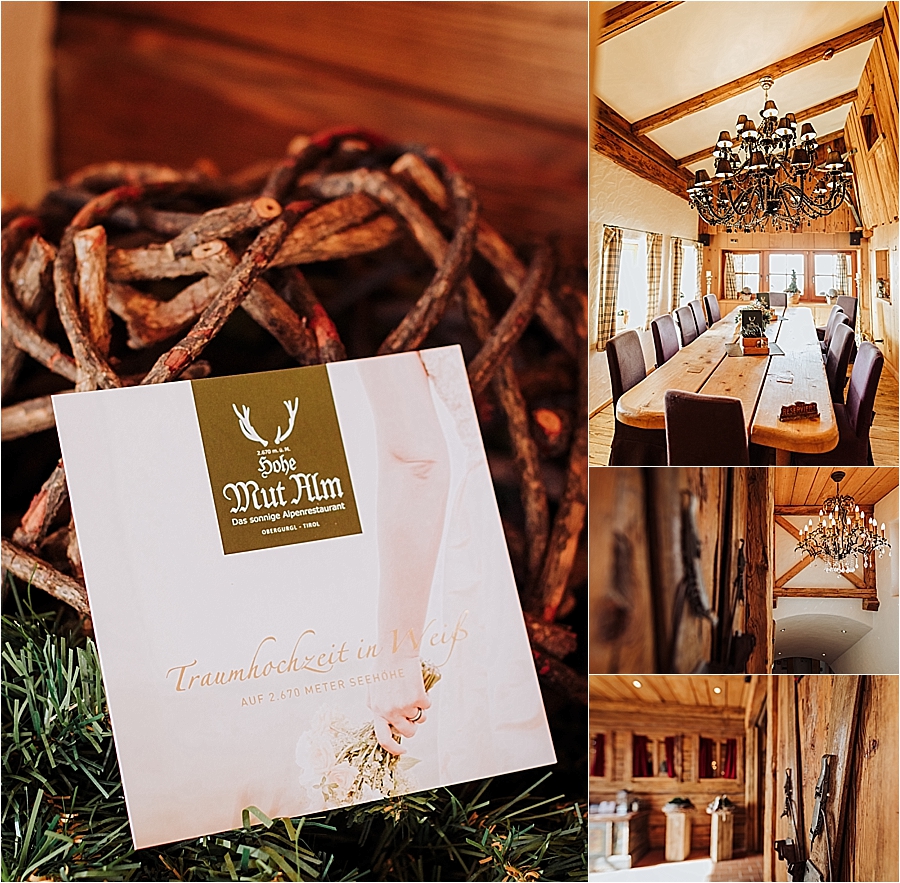 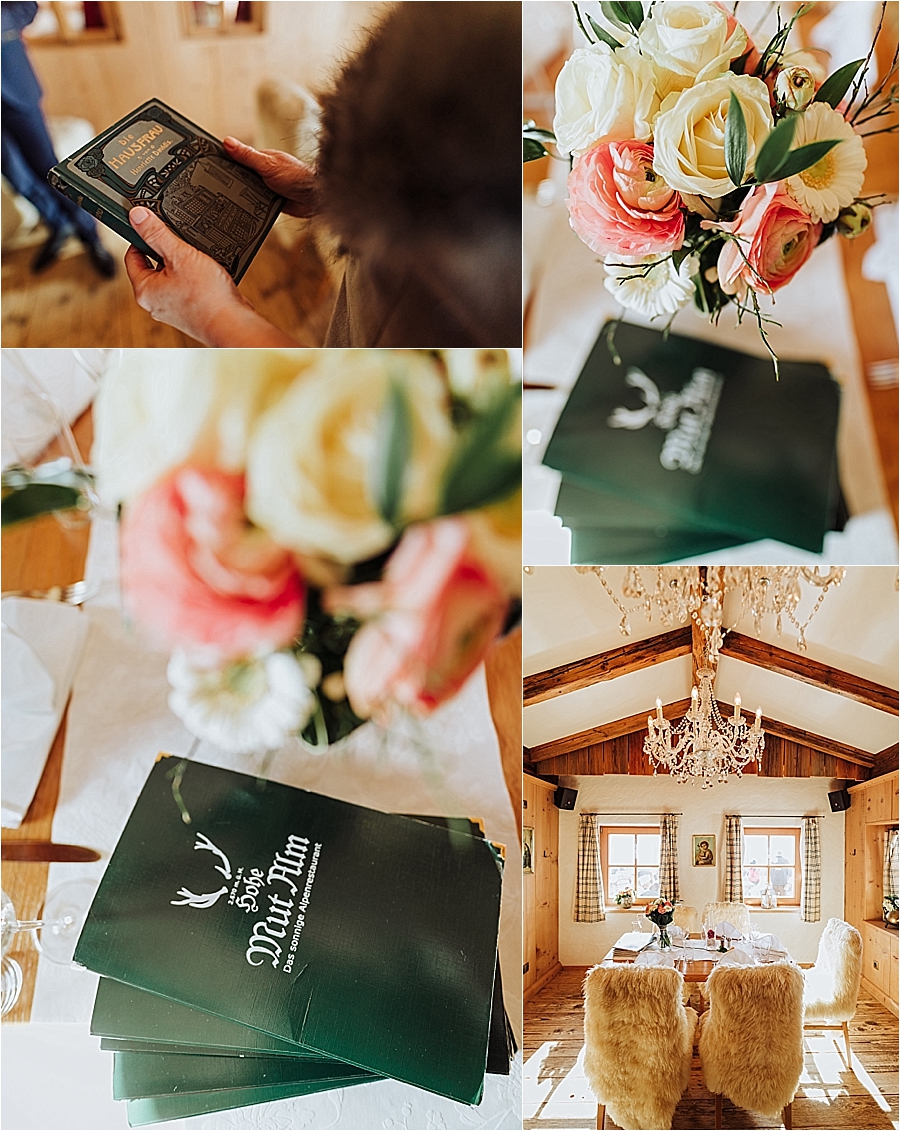 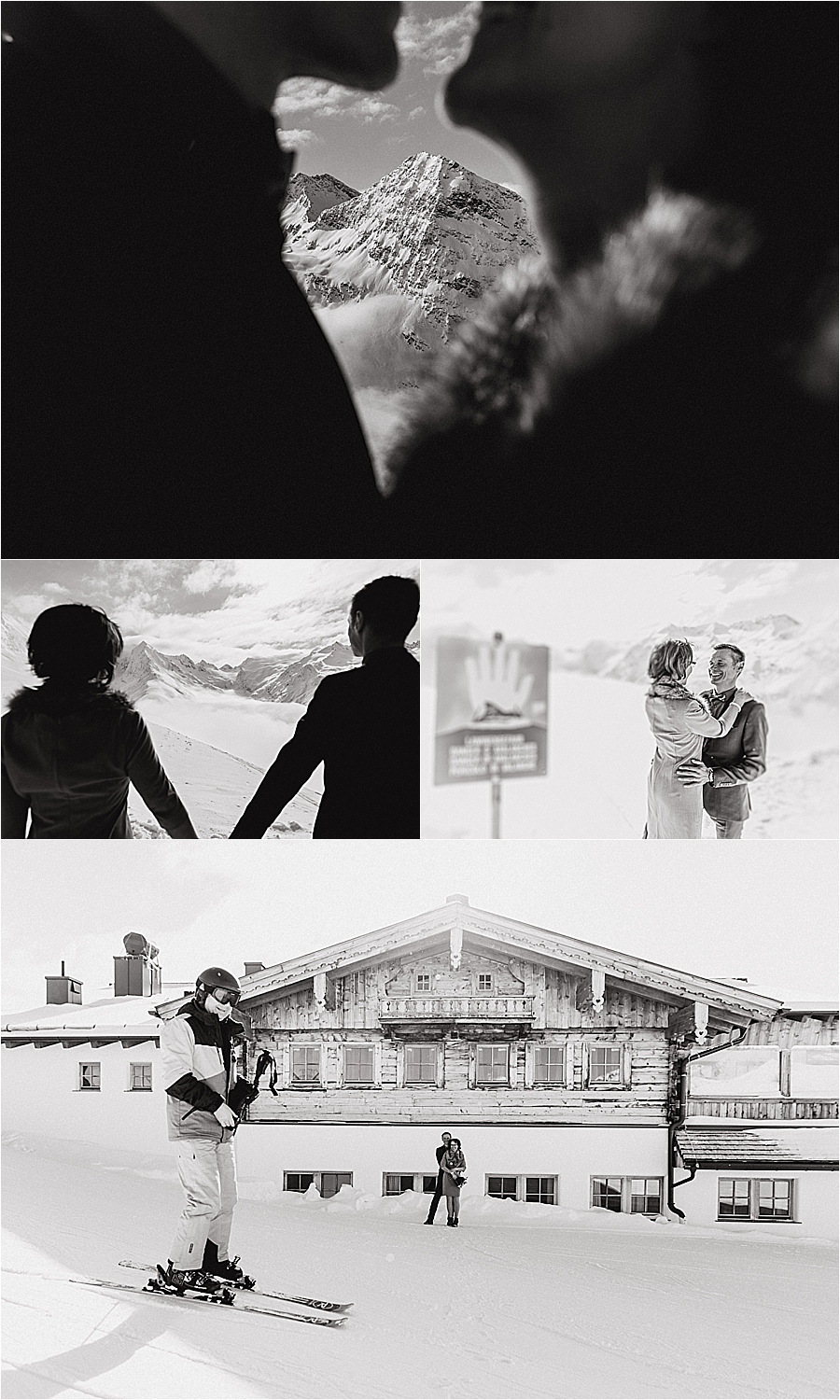 If you enjoyed this mountain wedding, you’ll also love 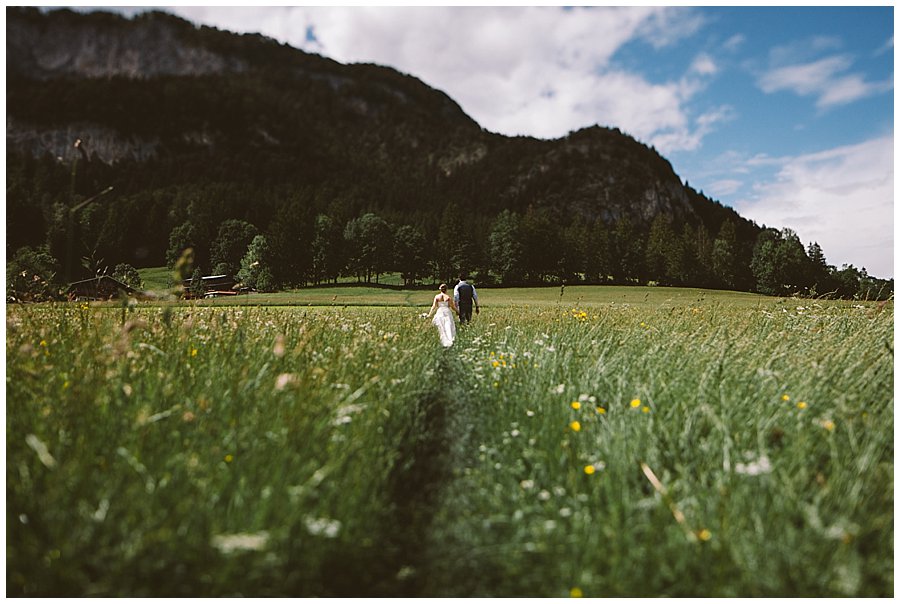 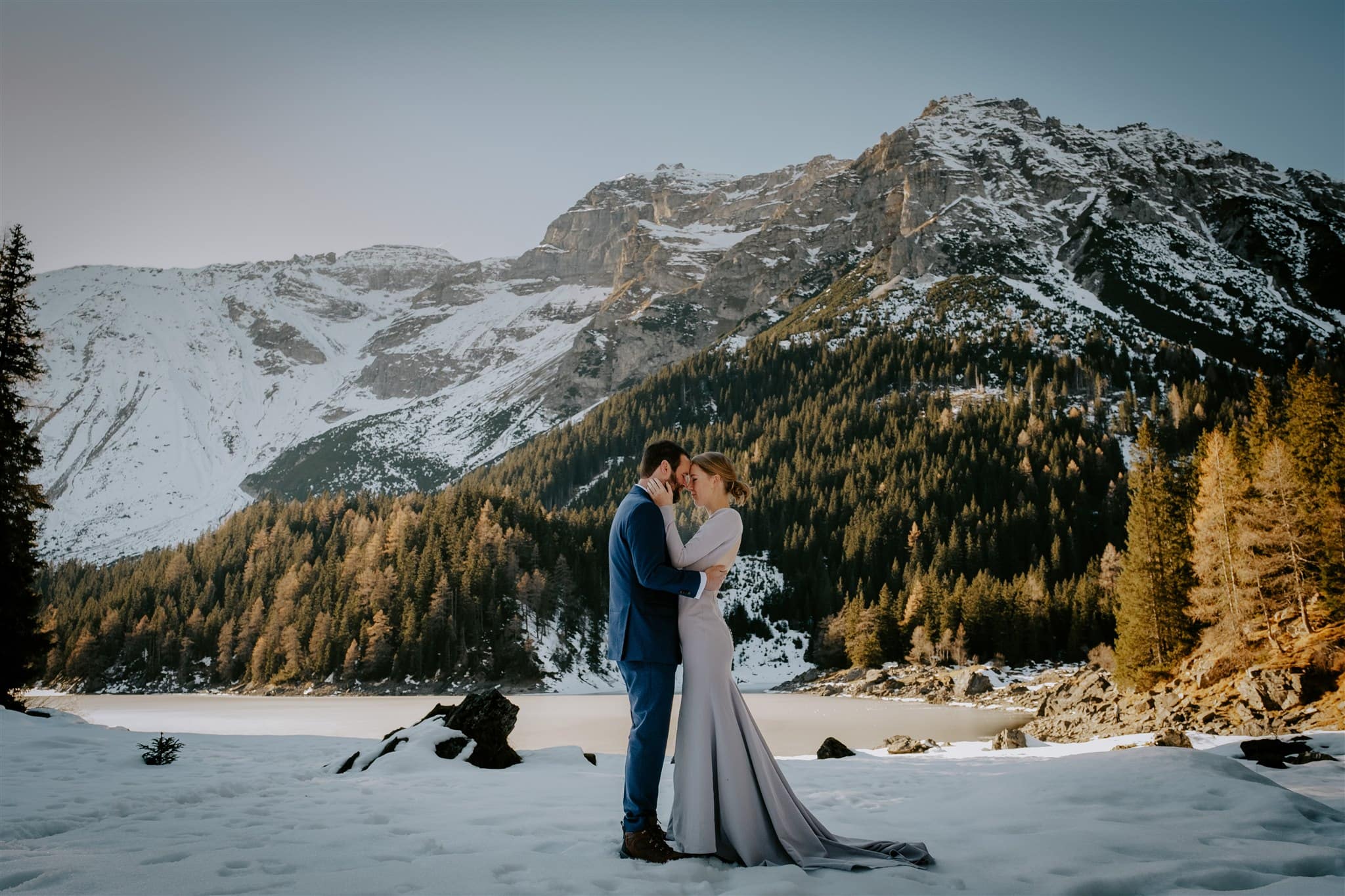 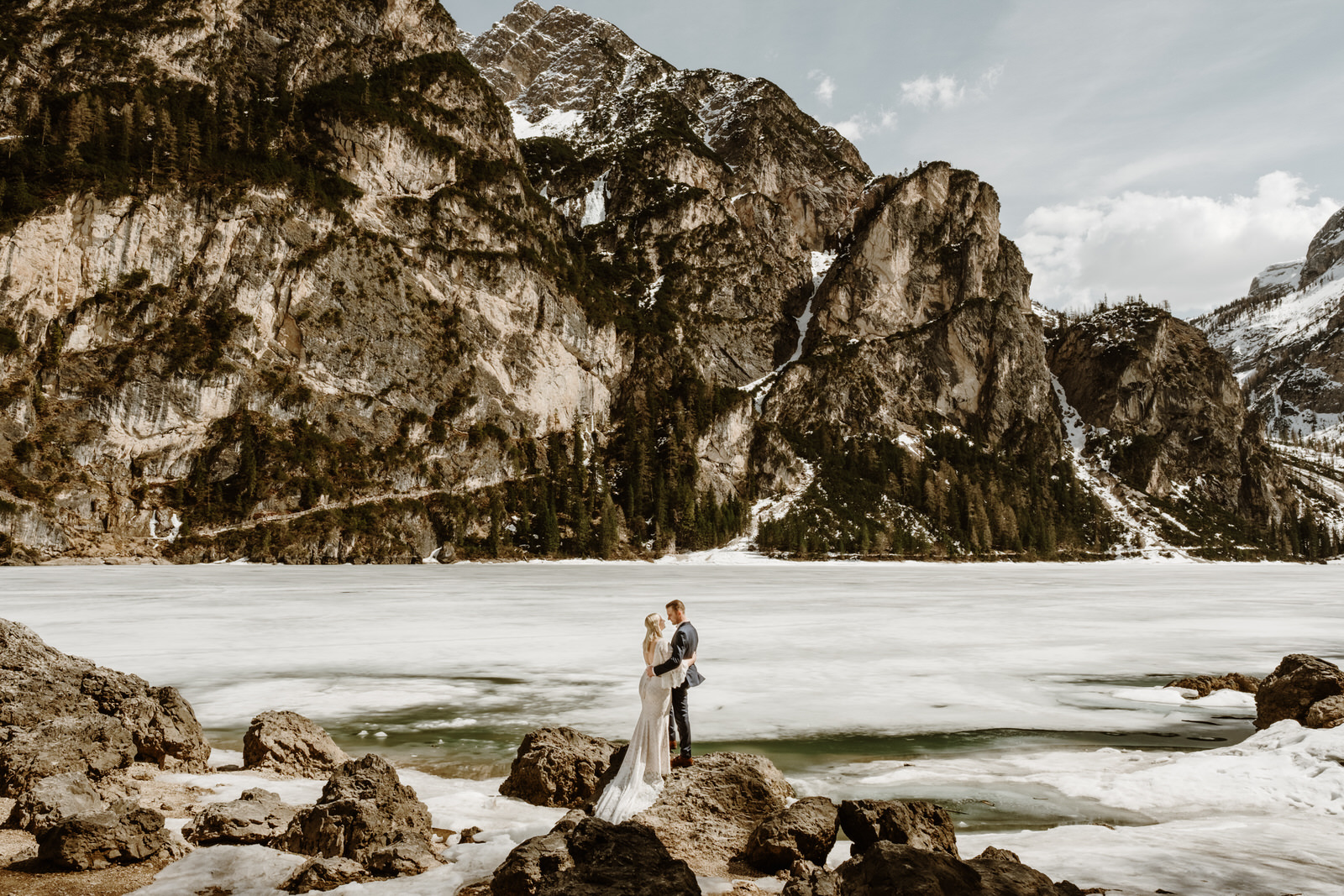 ©2022 Wild Connections Photography | LGBTQIA+ Inclusive Business
We use cookies on our website to give you the most relevant experience by remembering your preferences and repeat visits. By clicking “Accept All”, you consent to the use of ALL the cookies. However, you may visit "Cookie Settings" to provide a controlled consent.
Cookie SettingsAccept All
Manage consent